Weeks ago when the days were shorter it was dusk around the time I made dinner. One evening there was a sunset of such arresting beauty that it took my eyes and wouldn’t let go. Against a fiery orange sky sweeps of contrasting lavender clouds slid behind silhouettes of bare trees. Instead of reaching for my phone to document or share the moment, I just stood there. I noticed everything I could about that particular horizon including the way the shaggy underbelly of clouds faded to a delicate pink, like short fuzzy tentacles of a jelly fish.

I’m committing to this new sans-social intentionality because I need the reprieve. After three years of managing five online platforms (Facebook, Instagram, Twitter, YouTube & TikTok) for my parish, I needed to step out of that role and clear my head. Overall the job was an honor, a joy and a unique way to serve. But the goal of social media is to keep a user engaged—again and again forever—and as a professional user you’re always fighting the endless alerts, the red dots to tap (It’s an emergency: a new puppy sweater!), and the constant need to get and please followers. It was becoming unsustainably exhausting particularly now during the pandemic.

There are other factors, too. I have some soreness in my left wrist which I can really only attribute to holding my phone at an awkward angle so often. I also need to do this right now for my kids. Even if it’s for church, when you’re paid to be on your phone it’s difficult to effectively convince your tween and teen that there’s so much more to life than tiny screens.

Also, aren’t most of us increasingly wary of social media since the insurrection at the capitol on January 6? Our disinformation problem clashed with reality at a cost of injury and death. Social media publishes instantly without edit. As someone with a journalism degree who’s spent time in newsrooms, I assure you that the reporter/editor structure is essential for truth-telling. Reporters never directly publish a story right away. Every story is reviewed and fact-checked. No mortal is above needing an editor. A huge part of journalism education is journalism ethics. That speaks for itself.

My personal accounts have been deleted* for three weeks and so far I miss almost nothing. This is not to say it’s been effortless. It’s still an impulse to reach for my phone when I sit down (if I sit down) to eat lunch alone. Instead sometimes I glance up at the featured scripture scrawled on the dry erase board by the refrigerator or find prayers for noontime in The Book of Common Prayer. But mostly I’m just chewing. I’m tasting bites and practicing some gratitude for flavor. It shouldn’t feel like a revolution to be present with your meal but it absolutely does. 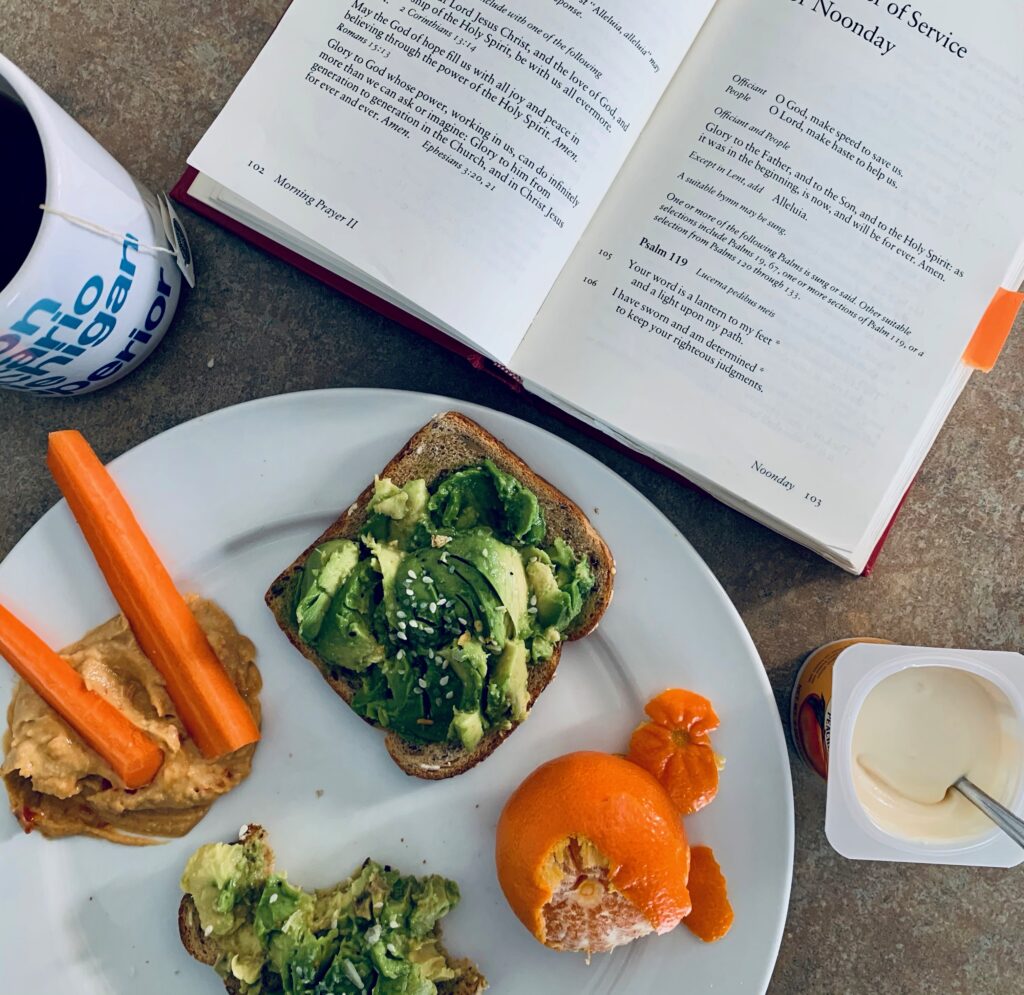 The thinking I do while driving, cleaning or cooking has gradually slowed down (in a good way not in a maybe-Prevagen kind of way) to something more wordless and pleasant. Thoughts are now more like migrating manatees in freshwater streams and less like September hornets swarming a dropped popsicle.

A few weeks ago I renewed our Sunday newspaper subscription to support accountability of local government, businesses, and organizations. It’s a news-gatherer’s job to find what’s happening, get the facts right, and inform the community. But they can’t do this work without a strong subscription base. If truth matters and facts matter then journalism does, too.

There’s danger in being too nostalgic about the pre-digital paper days. But it would be a shame to not use the rest of this pandemic time to push back and set boundaries on the ways that we’ve allowed the internet to dominate our humanity. I don’t know how long I’ll stay deleted but hopefully long enough to learn how to live well again.

Here’s the edit: if I’m physically present in a room with another person, particularly a stranger, I will notice and honor it. We don’t need to talk but I won’t hunch over my phone to pretend I don’t notice I’m not alone, scrolling to see what I might be missing somewhere else. Because we are all image-bearers of God, the physical space between us is sacred. Our time with one another holds a certain spiritual weight. I commit to paying attention, to being fully present (awkward as it may be) with every physical person as best as I can. Checked out on a phone for basically a decade now, nothing short of pandemic isolation could bring me here. Lord, may enough of it stick to keep the intentionality going in the decades to come.