I saw it again the other day: she took a wide berth, or perhaps I should say, she gave me a wide berth.

We were walking toward one another on the same sidewalk. She was on the left with a bag of groceries, I was on the right with a dog named Rufus. Masks covered our faces, still, even though much of the country has already lifted its mask mandates – even though, given vaccination numbers in our city, we’re both likely vaccinated and no longer need to wear a mask outdoors.

But sometimes we do things differently in the San Francisco Bay Area, even if the “sometimes” of our ways leave the rest of the country feeling rather perplexed in return.

So, there we were, walking toward one another on a ten-foot wide path, when she glanced over her shoulder, stepped into the street, and instead walked all the way around a couple of parked cars.

She gave me room.

In that moment, there wasn’t room for both of us, not with a virus that’s killed nearly six hundred thousand people nor when a ten-foot sidewalk threatens we step within six feet of one another.

This, of course, is not about me being right and her being wrong, nor is this a political ploy meant to create division among mask-wearers and the anti-maskers. I believe in wearing a mask, in protecting myself and in protecting my neighbors, (just as I acknowledge that my interpretation of an event is singular in nature and doesn’t always account for the lived experiences of another person’s story and of how they interact with the world).

But this is about how a piece of fabric that covers our nose and our mouths has sometimes gone beyond the guise of protection and has instead turned into something bigger than itself.

Sometimes, it’s created separation and division. It’s promoted distrust and fear. It’s kept us from seeing and noticing one another, and from interacting with the humans we come across with on a daily basis. For some of us, it’s made us forget how to be in friendship with family and friends, let alone the strangers we encounter on the way.

Maybe it’s just me, but sometimes masks have made us forget how to be with one another, further creating division between the left and the right, the haves and the have nots, the powerful and the powerless.

Instead of locking eyes and nodding our heads in unison, we look away.

Instead of saying hello, we keep our heads down.

Instead of honoring one another’s humanity, we don’t dare contaminate the same space. 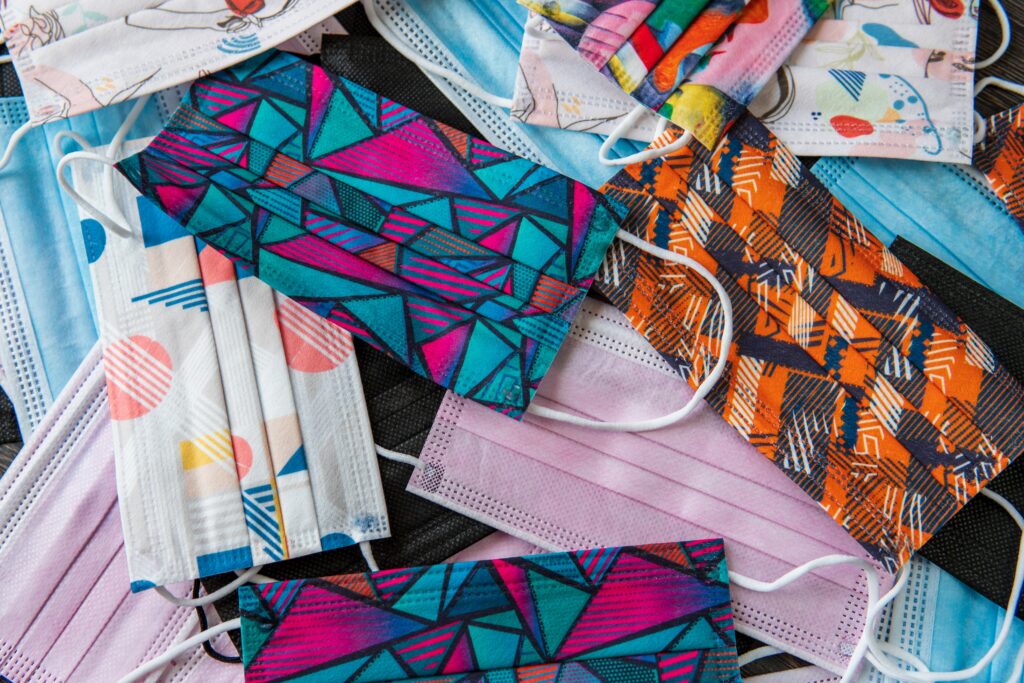 It also begs me ask, where is God in the midst of it all? And how am I to respond as the world opens up again, and as our sometimes socially-awkward selves begin the slow dance of interacting with friends and strangers and neighbors once again?

As such, I’ve found myself thinking a couple of verses from Jeremiah, when the children of Israel and Judah are banded together in a collective oppression, all their own:

Thus says Adonai-Tzva’ot:
“The children of Israel and the children of Judah
are oppressed together.
All their captors hold them fast.
They refused to let them go.

Their Redeemer is strong
–Adonai-Tzva’ot is God’s Name–
God will vigorously plead their case,
so God may give rest to the earth,
but trembling to the Babylonians.”

Because when I camp out in a passage like this, I’m reminded that it’s not about me. It’s not about whether or not my neighbor refuses to give me eye contact when I think they should, or about how masks have suddenly morphed into enemy territory (which, of course, they have not).

Instead, it’s about our collective oppression.

You and me, we’ve been through more than a year of a world we once knew being turned upside-down and shaken all over. Ambiguous grief has taken up residence in each of our lives and we have become a people marked by languishing, through no fault of our own.

So perhaps our only response is to beg God to help us remember our collective oppression – that in and through the experience of merely being made human together, we belong. Perhaps our invitation is simply to respond by noticing, lamenting and listening to the stories of those we encounter along the way.

At least, that’s what I’ll tell myself when I head out for a walk with a dog named Rufus later today.