I began smoking cigarettes when I was a teenager, partially to spite my parents. They were incredibly kindhearted and involved in the church, but in my eyes, they were controlling. So was the doctrine they prescribed. So I made friends with the troubled kids and fully embraced my rebellious stage, which then turned into a decade of on-and-off addiction.

It wasn’t until I met my last girlfriend that I decided to quit. She was a devout Christian, the type of person I spent my entire childhood trying not to become. Yet, I couldn’t deny the fireworks between us. Her only hesitation in marrying me was my addiction to cigarettes, so I slapped on a nicotine patch and quit. At least that’s what I told her.

The truth is, I couldn’t manage to kick the habit. So I spent the next five years smoking Marlboros out the bathroom window and stashing Newports in my underwear drawer. She caught me once. I promised it was a one-time thing, but we both knew better.

Eventually, I couldn’t hide my addiction any longer, and years of anger and bitterness came bubbling to the surface. Our relationship was built on lies and she decided she couldn’t trust me again. So we parted ways.

I started smoking two packs a day. Nothing mattered anymore. I was 29 and single. Even though there were issues on both sides, I blamed myself for the breakup, and so I punished myself by breathing in black smoke and sabotaging my health.

Soon, I was lost in a spiral of self-hate and loathing. Smoking was my only constant, my only sense of security. And yet, it only made my life more miserable. I couldn’t focus on work or even maintain a social life because all I could think about was when I could take another drag. I was completely dependent on cigarettes and I knew it.

Then, one night, when I was going to light up, a still, small voice said, “No. Enough.” It startled me so badly I dropped the unlit cigarette, but I knew exactly who it was that spoke. Even after all these years, I could still recognize God’s voice. God was calling me back, welcoming me with open arms. In an instant, God’s grace overwhelmed me and I fell to my knees in prayer.

I didn’t deserve God’s mercy or another chance. Yet God was here, freely offering both. And so I cried out, repenting and asking forgiveness for going it alone and serving another for so long. As the tears came rushing down, I felt the peace of Christ fill my soul. With God’s help, I could kick this addiction.

I quit cold turkey the next morning. Already, God’s power was being made perfect in my weakness. When the cravings came a few hours later, I turned to God again and knelt in prayer. A few days later, my brain still begging for a fix, I joined a smoking cessation group at my local church. With 84% of surveys showing faith helps decrease the risk of substance abuse, I knew I had to start fellowshipping with other believers again. 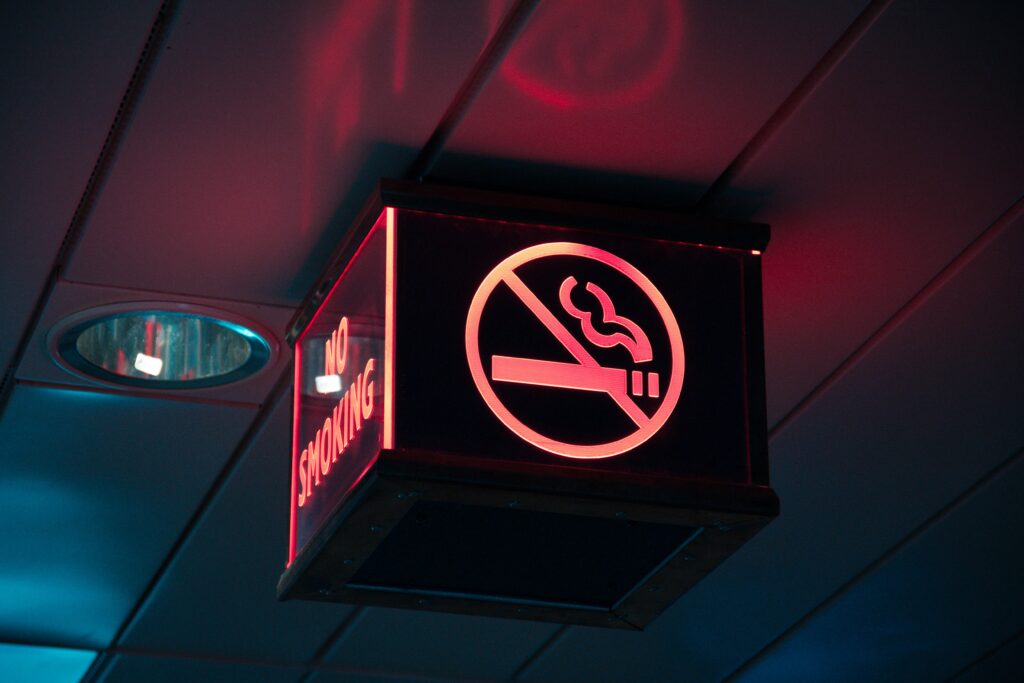 Over the next few months, I made connections with everyone in that group. We exchanged numbers and held each other accountable, repeatedly pointing one another to Christ when we felt like giving in to temptation. To this day, I consider these believers to be some of my closest friends. Like Christ, they walked beside me in my darkest hour and never gave up on me.

Now, I can look back and see that God worked all things together for good. While my past may be painful, God has given me hope and a future. I have a healthy, uplifting circle of friends and no smoke in my lungs. I’ve kicked my addiction for good and I couldn’t have done it without Jesus. He is my source of strength, and the fulfillment I once found in cigarettes I now find in him.

Oscar Collins is a born-and-bred Pennsylvania native who’s passionate about community outreach. He’s the managing editor at Modded, where he writes about a variety of topics, including food, fitness, relationships and more. Follow him on Twitter @Tmodded for regular updates on his work.