In the summer of 1984 I boarded a bus in the Eastland Mall parking lot. My trunk in the luggage compartment underneath was packed with all I needed for my first time at sleep-away camp. I spent two weeks at Girl Scout Camp Occoneechee on Lake Lure in North Carolina. It rained EVERY DAY and I had the time of my life.

I went to sleep-away summer camps until the summer after I graduated high school. At Girl Scout Camp there was a theme for each session. The first time was drama camp and I delivered a monologue in front of the whole camp. The next year I spent two weeks learning to climb a mountain and rappel down it. In high school I attended summer camp at The Summit in the Diocese of North Carolina. It was full of friends and camp staff who shared a common faith with me.

Though I never worked at summer camp, I married someone who did. He grew up going to Camp Gailor-Maxon in the Diocese of Tennessee and worked there during summers in college. So in 2011 when the director of Camp Trinity in our new diocese invited us along with our son to serve as session leaders for a week, we were excited. From then on our son, who was only two at the time, asked when he would be old enough to go to Camp Trinity on his own. A few years later, when 2nd grade was finally in the rearview and his duffle bag packed with swim suits, water shoes, and sunblock he was off for a week.

I remember that first pick-up — he was sweaty, hoarse, stinky, and did not want to leave. His voice squeaked non-stop on the way home about all the friends and songs, his counselor and the morning program…It was all amazing. The following summer at his request he not only returned for a week at Camp Trinity, but also nine days at Camp Kanuga.

Our daughter followed suit by attending a troop camp at Girl Scout Camp Graham the summer after 1st grade. Her first session at Camp Trinity was postponed due of the pandemic, but this summer she was able to attend a session there as well as a starter session Camp Kanuga. Much like her brother, the morning we picked her up from Camp Trinity she did not want to leave. After hugging her counselor goodbye, she reluctantly got in the car. Crabbing, sailing, paddle boarding, and the 4-square tournament, she said on the way home “summer camp is me living my best life!” 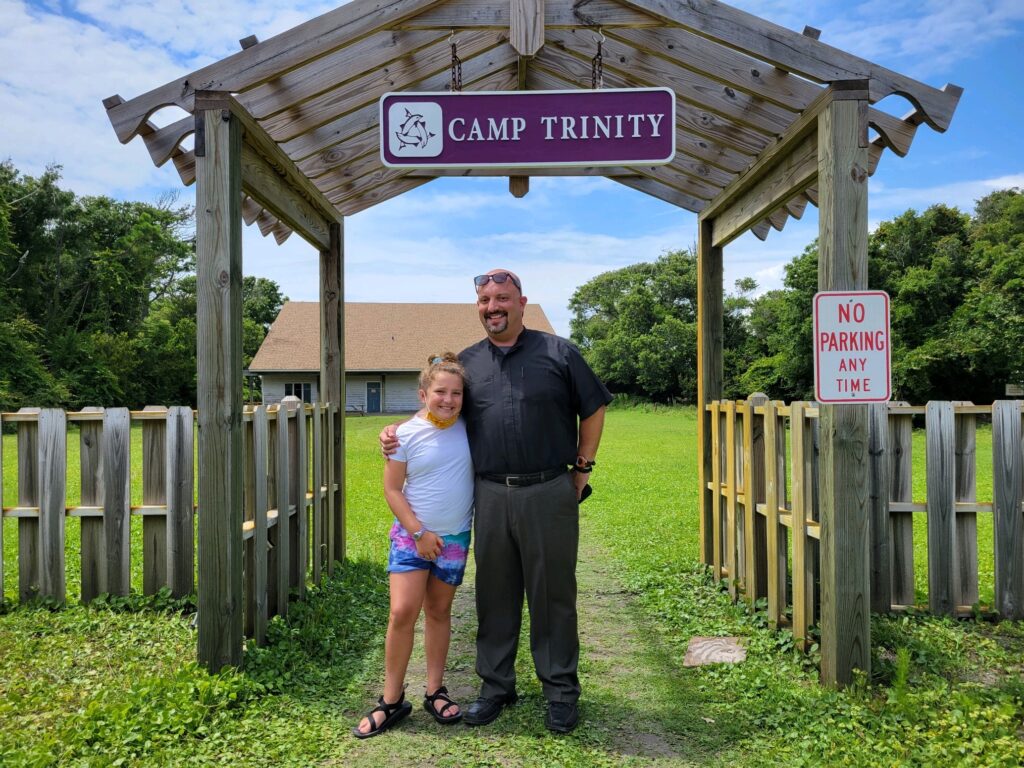 Both kids have tried things at camp they didn’t like. My daughter was not a huge fan of the overnight campout at Kanuga, but she did it. However, she did love the giant swing and the naturalist hut. My son loves Camp Trinity, but he’s not a fan of sailing. If there is a choice, he usually picks 4-square or the game-on-the-field. Being able to make choices is one of the things both kids like best about camp and as parents we love this aspect, too. Our kids are able to try new things, make choices, and learn from them. My daughter offered this insight, “I’ll give you a pro-tip about canteen at Camp Trinity, don’t pick the Mango Pepsi, it is GROSS!”

When I asked my daughter what she loved most about summer camp this year, she responded with a long list. Two things stood out to me, “Summer camp helps you get good at making friends with all different people.” And, “I like singing the prayers at night.”

My son said he “loves making friends, playing sports, and hanging out.” At Camp Kanuga, he really liked Chaplain Anna this year. As we pulled his damp Bible out of the trunk I was stunned when he said, “I am 5 chapters into Genesis.” Had I suggested he just pick up the Bible and read it, he would have likely shrugged it off. Seeing his cabin counselor read his Bible every morning made an impact. I believe faith based camps offer my kids the chance to be with young adults (who are cooler than me) who pray, sing, and share their faith. 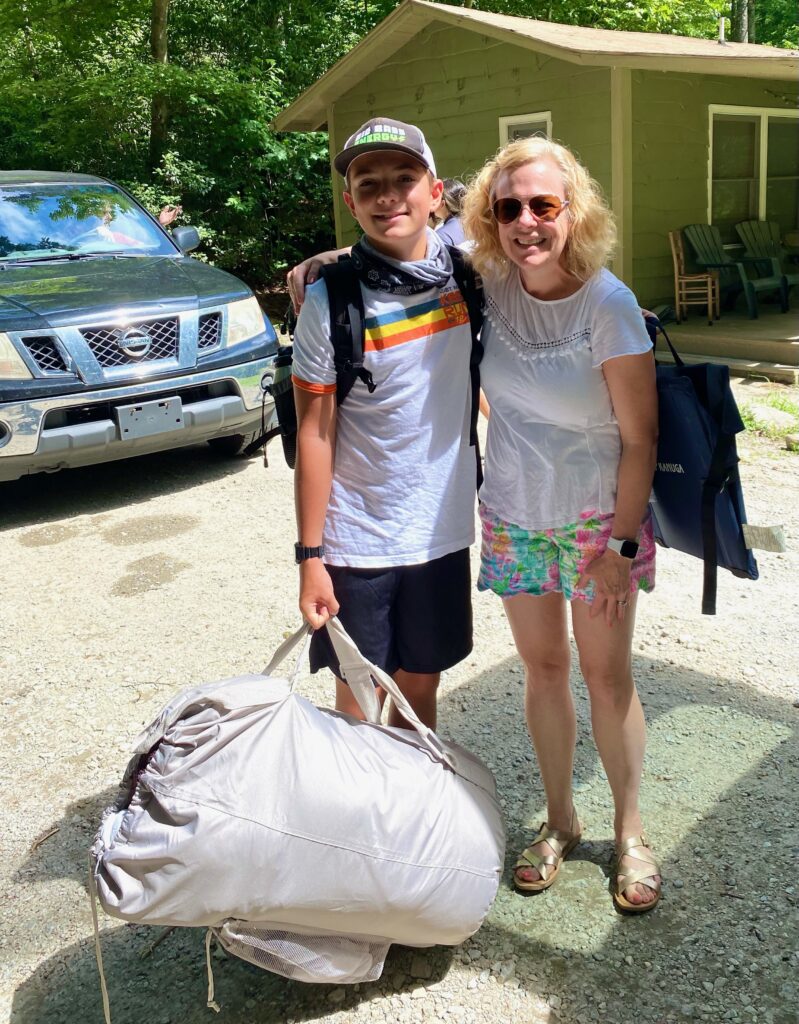 I know summer camp isn’t for every kid and that it is a privilege. I also know that summer camps of all kinds provide ways for kids to develop independence, make lifelong friends, and learn new skills. I know they did for me. My husband and I also want an environment where our kids’ faith can grow independently from us. We have found this through the counselors and camp staff at both Camp Trinity and Camp Kanuga. I am grateful to all of them at camp pick-up when I find a hoarse, tired, stinky kid that wants to stay.