In Matthew 25:14-30, Jesus tells the Parable of the Talents. The parable is about a master who entrusts his property to three servants according to the abilities of each one. To the first, he gives five talents, to the second he gives two, and to the third, he gives only one. The master then leaves for a while and, upon returning, asks each servant for an account of the talents he entrusted to them.The first and second servants explain that they put their talents to good use and actually managed to double them. They then give all 14 talents back to their master. However, the third servant reveals that he was afraid, so he hid his talent in the ground. Subsequently, he only has that single talent to give back to his master, who wishes he would have at least put the talent in a bank and earned interest.

The parable then takes an interesting turn as the master gives the single talent to the servant who has 10. Then, he sends the servant who disappointed him out into the darkness.

My 5-year-old nephew could probably wait a year or two before hearing that last part, but he could still benefit from hearing the parable. After all, everyone has talents that they can use to glorify their master. So I set out to make the Bible lesson thought-provoking and fun for him.

Because my little man loves drawing and coloring, I set up an arts and crafts table in our kitchen with poster board markers, crayons and more. Then, we read the Bible story together and I explained that we all have special talents or gifts that we should use to help others and glorify God. 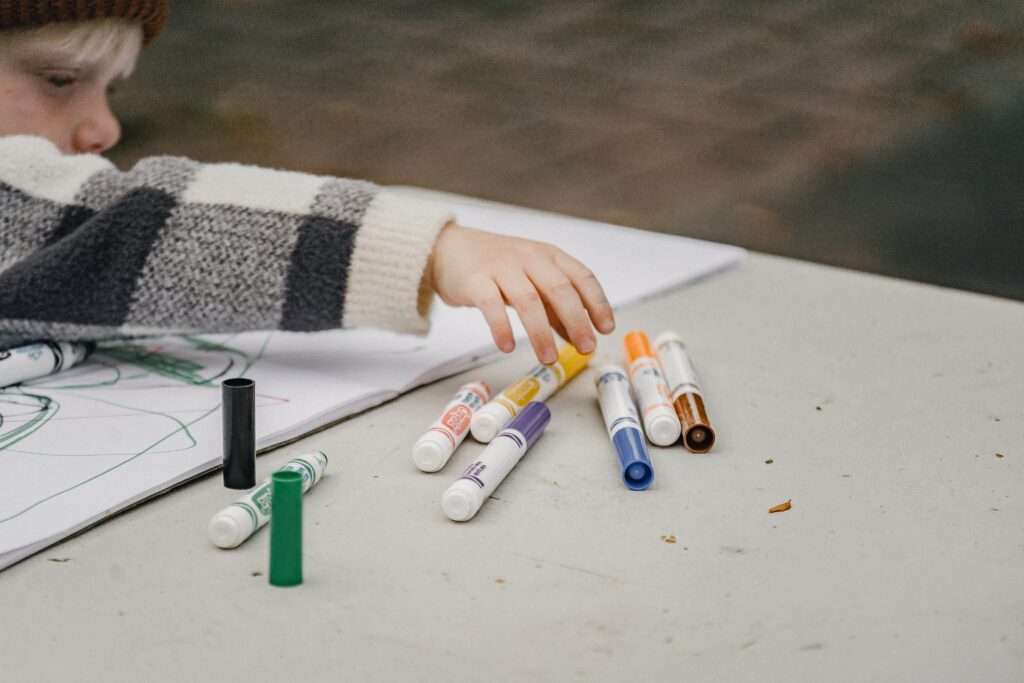 I also shared this quote from Henry Ford, “The gifted man bears his gifts into the world, not for his own benefit, but for the people among whom he is placed; for the gifts are not his, he himself is a gift to the community.”

What kinds of gifts did my nephew have that he could share with the community? Together, we thought about his natural talents while he drew them or wrote them down on the poster board.

Ultimately, he decided that his most important gifts were feeding the dog, gardening, and baking cookies. He’s also learning how to play the guitar — which is pretty impressive for someone his age — so we added playing music to his growing list of talents. Meanwhile, I added a DIY guitar pick punch to his Christmas wish list.

After he hung up the colorful poster in his bedroom, we went for a short walk to get our creative juices flowing. How might he use his talents to help his neighbor across the street or a friend at school? Eventually, he decided that baking some peanut butter cookies would make his elderly neighbor happy, so we headed home, set up shop in the kitchen, and got to work.

Because he really is a novice chef, I let him take charge as we combined the dry ingredients, beat the eggs, and mixed it all together until the batter was smooth. Then, we used a cookie scoop to shape the dough into balls and transfer them to a baking sheet.

After popping them in the oven, we sat down at the kitchen table and used the craft supplies to make a card for old Ms. Erma across the street. He drew pictures and signed his name while I wrote the reference to the parable on the back. Later that day, we hand-delivered the cookies, much to his neighbor’s surprise.

To be honest, I’ve never had so much fun with my nephew. And to think that the entire day was inspired by a Bible story makes me smile. I hope he’ll look back on that day years from now and remember the Parable of the Talents. More importantly, I hope he’ll still be using his gifts to bless both God and others.