The idea of being wrapped up, especially as the nights grow colder here in Maine, evokes a sense of coziness and warmth. Scripture is filled with images of being wrapped up. Isaiah says that God “has clothed me with the garments of righteousness and wrapped me in a robe of righteousness,” and Jude, who wrote his letter “to those who are called, wrapped in the love of God.” Jesus himself began and ended his life wrapped up. When he was first born, Mary “wrapped him in swaddling clothes and laid him in a manger.” And when he died, Joseph of Arimathea lovingly wrapped him in a linen cloth for burial.

How often I’ve longed to wrap my children and grandchildren in blessings, in safety, in warmth! Twenty-eight years ago when my tall red-headed son was in high school, he was deeply involved in the drama program. Pondering how to make his own dramatic statement, he asked me to sew a long black cloak for him. I did. Unlike today’s Saint Tabitha, I’m not much of a seamstress, but I found myself praying, as I worked my way through the project, that I might “wrap him in this cloak as in a blessing.” I remember those words; I prayed them often in the years that followed, before he donated the cloak to a theater production.

Long years later, when my first grandchild was born, I learned how to wrap this beloved child up “like a tortilla,” and I discovered that it was indeed soothing for him to be snuggled securely into that blanket. 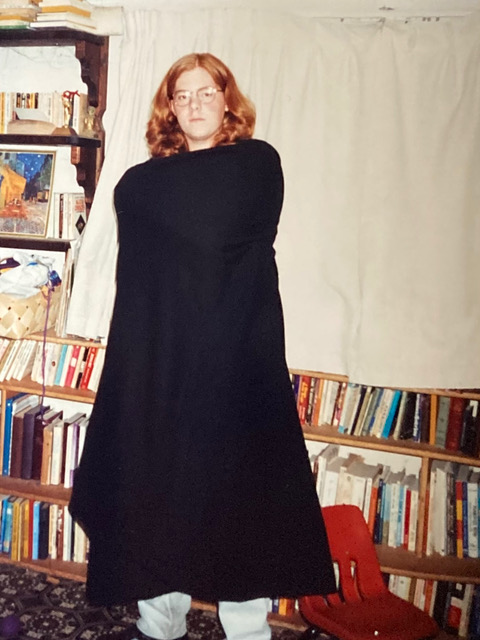 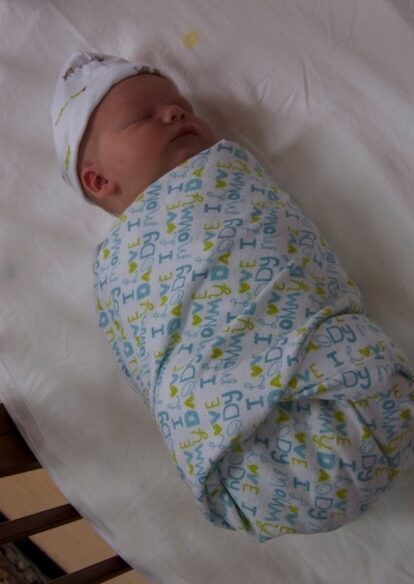 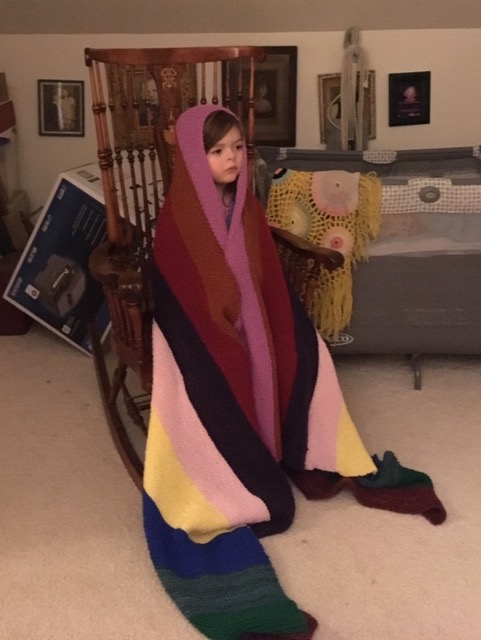 Those memories put my hands to work again five years ago when my then-4-year-old granddaughter was physically abused by a preschool teacher, and all I wanted was to cocoon her in safety and love. I’m not any better at knitting than I am at sewing, but I knit her a rainbow blanket, every stitch a prayer.

I thought of these stories from my own life when I read the story of Tabitha, the much-loved disciple of Jesus who made clothing for the poor, especially for destitute widows, who wrapped them in fine robes and tunics, and clearly in her love. The Book of Acts tells of how she died, and of how her community couldn’t imagine being without this beloved woman and so sent for Peter to come at once – which he did. When he arrived, the recipients of Tabitha’s handiwork made a point of showing Peter what she had made for them. They tell Peter how Tabitha treated them as friends, as equals, welcomed them into her home and her life, used her talent to wrap those women not only in fine clothing, but in her blessings. 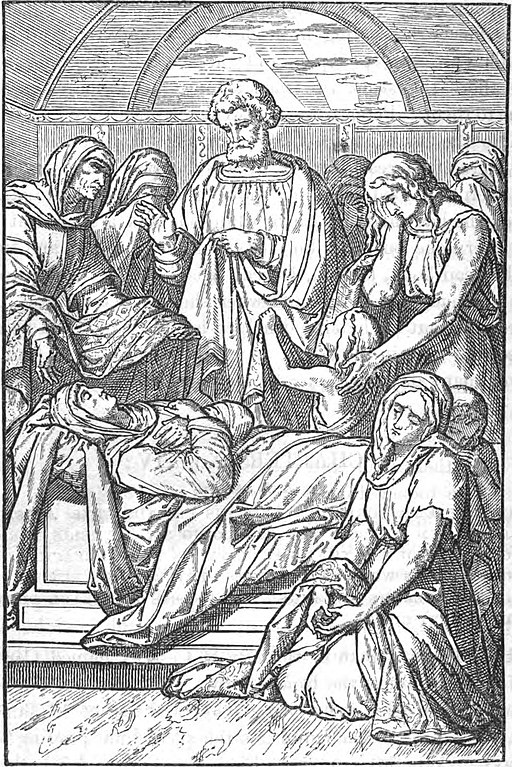 Peter raises Tabitha while the widows look on holding clothing she made them.

Peter sends everyone away from the body. In the resulting stillness and solitude, he prays, though we do not hear his words. Then he turns to Tabitha and simply says, “Tabitha, get up.” She does. We don’t hear anything else about Tabitha herself, but we already know her character. “She was always doing good work and helping the poor,” and it’s clear that those good works would continue.

And yet despite the praise she receives in Acts for her creative and compassionate ministry, Tabitha has yet to be named a patron saint. I’ve decided that the Holy Stitchers at my church should claim her as their own; among other things, they make exquisite prayer shawls for any who are in need. My husband received one when he had heart surgery in the summer of 2019, and he still keeps it on the back of his chair to wrap up in when he reads or watches television in the evening. 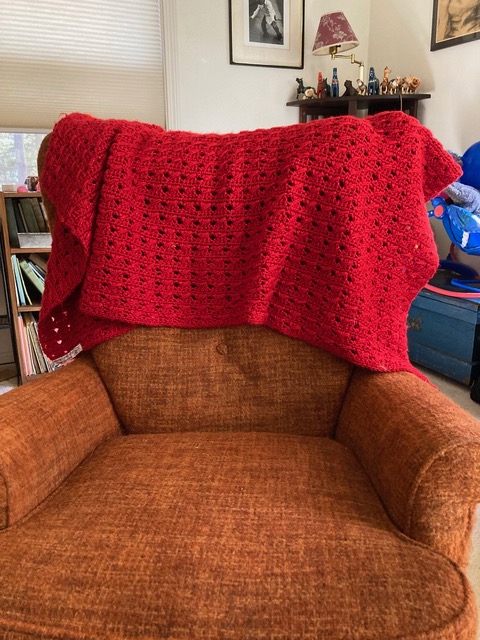 And even though my arthritic fingers have grown clumsier over the years, I’ve decided to claim Tabitha as my own patron saint of handiwork. After knitting that first blanket, I realized that I wanted to knit blankets for the other grandchildren as well, wearable blessings for them to wrap themselves up in. I still have two colors to go on the last blanket, and as I continue to pray my way through it, I think of Tabitha and her generous spirit, her welcoming heart, and her busy hands.

And so I pray that those we love and those in need be, as Jude wrote and as Tabitha exemplified, wrapped not only in our blessings, but “wrapped in the love of God the Father and kept for Jesus Christ.” May it be so.