What is our relationship to this fragile Earth, our island home?

Today, amidst the cluster of events around Earth Day, our religious calendar invites us to consider this question, inspired by the lives of two people. The first is John Muir, the famed co-founder of the Sierra Club and framer of wilderness preservation in the United States. He wrote of nature in language deeply shaped by religious terms that he cribbed from his Scottish Presbyterian upbringing, and he helped lay out a case for keeping wilderness pristine. These days, Muir’s legacy is being tested in ways that might be fruitful for our own spiritual reflection. The Sierra Club has written that Muir made a number of racist statements, and his legacy with Indigenous people seems, to a non-expert on his life, mixed at best. If you want to know more about him and his changing legacy, it’s easy to search for on the internet.

Hudson Stuck, by contrast, was an Episcopal priest whose ministry carried him from England, to the southern United States, and then sent him up into Alaska, where he spent close to 15 years traveling to meet the spiritual needs of white and Indigenous folks throughout the territory. He was among the first to ascend Mt. Denali, and insisted on it keeping its Indigenous name (rather than Mt. McKinley).

Combining these two folks invites us to think about the spirituality of wilderness and nature. So, let’s do that!

In laying out even the bare moments of these two men’s lives, we will find it impossible to describe the natural world without reference to politics—racism, colonialism, displacement, exploitation. As we all share a world that is being deeply injured by rising temperatures and similar politics, we shouldn’t be surprised to find a comparable pattern in the past.

We might love to escape into the wilderness, but we bring ourselves with us. I, too, love to hike and camp and ski, and I love being surrounded by no people—just the sound of the wind in the trees, or the dry, cold desert wind over the rocks. It feels utterly ‘natural.’ And yet, of course, it is not. The land has a history that brought it to this point, and rangers who tend it, people who feel free or not to be outdoors because of the history of race in outdoor-loving communities. Indeed, even getting to the wilderness involves a certain socio-economic privilege—gear or transportation or park fees.

If we love feeling close to God in the outdoors—as nearly everybody tells me they do, whenever I ask where people go to find God—we need to know that those moments are not exempt from the soul-searching, community-building, sin, and possibilities of grace that define our present moment. Calling the sky our cathedral does not exempt us from noticing our neighbors, human or otherwise. Indeed, seeing the trees as our temple is a reminder of just how interdependent we are with this world. 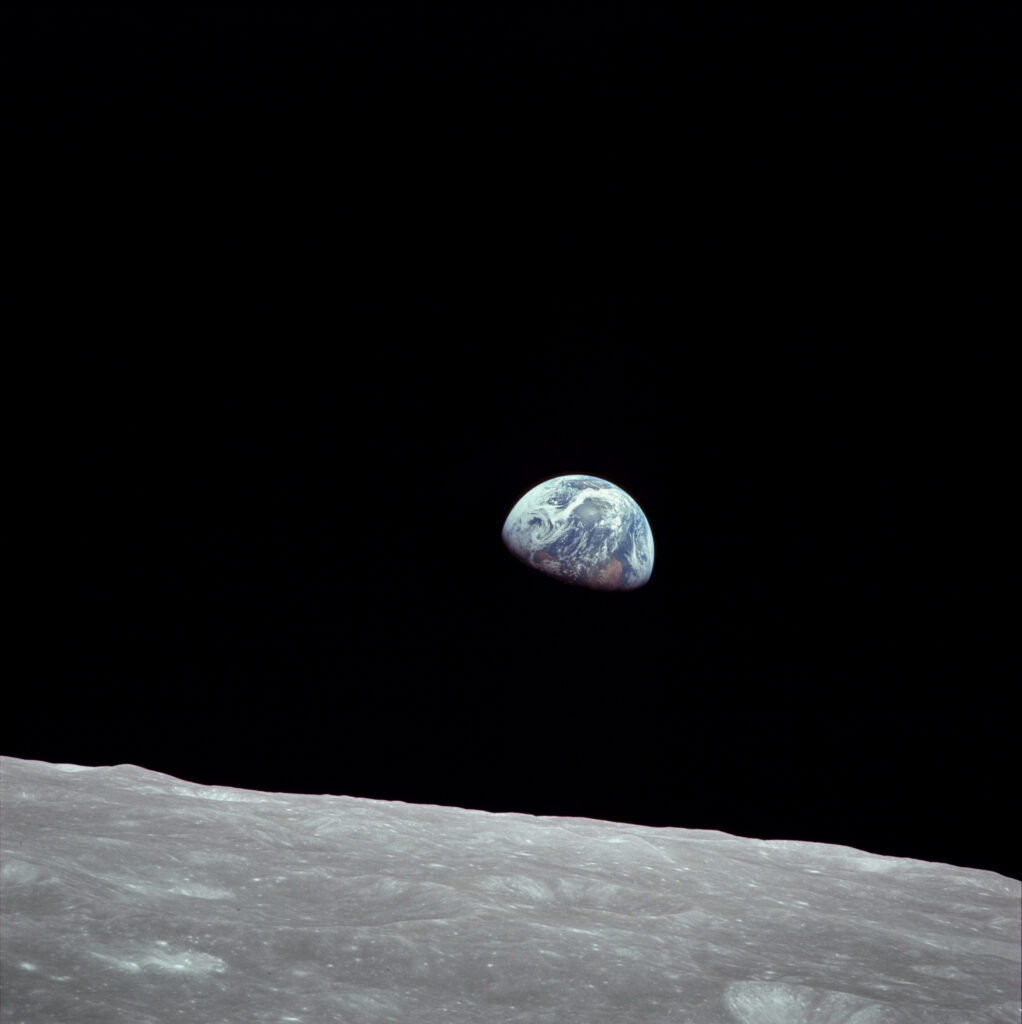 The challenge we must face in the Earth Days to come is an honest owning up to the fact that we human beings are natural. We are not distinct from it—we are interwoven with it—and we need to start thinking of the world as ‘we,’ as ‘us,’ and where we fit into our world community. So often, we describe ourselves in distinction to the ‘natural world’ or ‘state of nature,’ but we are, in fact, just where we belong. That doesn’t mean making the world do our bidding, or thinking of it only as resources for extraction. The world is us, and surely, we want more for our ourselves, even areas left free of our obvious infrastructure. We have a stronger ability for conceptual language, and a self-conscious spirituality, but we have pretended for a long time that our burrows and nests and hives, with their concrete arteries and electric wires, set us apart. They do not. In Genesis, God creates the world in stages, but it’s all creation, it’s all the world. That’s us.

We are the world isn’t only a cheesy song from the ‘80s. It’s an important theological truth, and one whose strength we are going to need in the Earth Days to come.