I held high hopes for tomatoes this summer.

When my husband and I bought what we called our “miracle house” last July, I dreamed of filling our backyard with the stuff urban garden are made of.

After several months of settling into the new place and a ghastly round of Covid to boot, I finally built my first garden bed. One, and then another, and then eventually, three more. I filled the bottoms with cardboard and sticks, with wild things of the earth that would one day twist and churn and turn into soil. I covered it with a thick layer of compost and dirt, bits of eggshells and worm castings thrown in for good measure.

My boys and I dropped tiny seeds the size of pinheads into dozens of old yogurt containers. We diligently watched the seeds rest and grow in the sun on the windowsill; we watered those seed babies daily.

The miracle of it all never got old.

When April came around, we knelt before those same beds and before a handful of fabric garden bags, too. Into the dirt went tomatoes and zucchini, cucumbers and peppers — but really, mostly, a dozen and a half tomato seedlings we dreamed of harvesting.

As a novice gardener, I am nothing if not passionate. I read books. I talked to my neighbors. I joined gardening groups on social media. And I dreamed big: we would yield a bounty of tomatoes, I imagined, enough to can pizza sauce to last us the year. We’d eat fresh pico de gallo one night, and a plateful of caprese drizzled with sweet balsamic vinegar the next. We’d partake of sundried tomatoes, roasted tomatoes, fresh tomatoes with a sprinkling of sea salt and olive oil.

We’d have so many tomatoes, that we’d be passing them out by the handfuls to our neighbors — endlessly filling up baggies of Sun Golds to give out to parishioners at church.

Surely, I would become the Forest Gump of tomatoes, the preacher lady who grows an epic bounty of tomatoes in her urban backyard.

But that is not what actually happened. 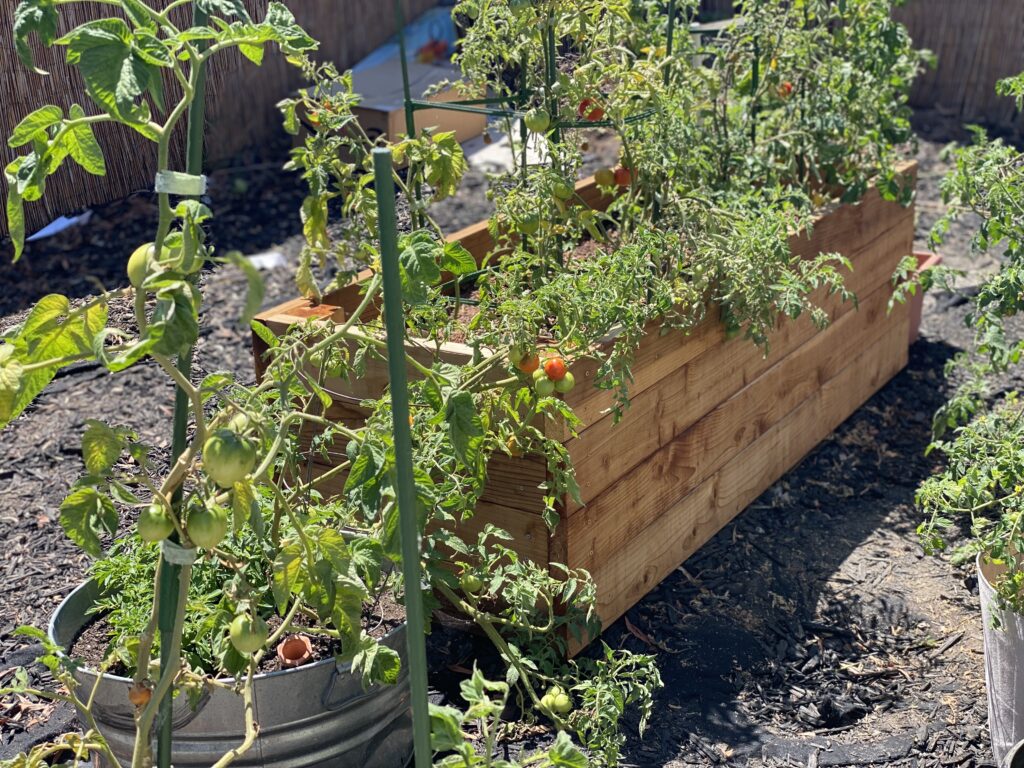 It is now halfway through August, and while I’ve gotten a few platefuls of tomatoes, a couple of plants never even flowered. Two or three tomatoes never got enough sun, so they petered out around the 11-inch mark. A few lacked nitrogen, a few were hit by disease, a few died when I  planted them too close to the brassicas.

Even though I did everything I was supposed to do, things didn’t exactly turn out according to plan. This year’s gardening adventures turned out to be one of trial and error, of learning what works and doesn’t work in my little slice of the earth.

In a way, this year’s gardening adventures were one of grappling with failed expectations, when what I thought was going to happen didn’t actually end up happening.

I think about the passage in Isaiah, when the farmer plants a vineyard on a very fertile hill. He digs into the ground and pulls stones out of the soil. He plants it with “choice vines,” he builds a watchtower and a wine vat to hold the fruits of his labor.

“What more was there to do for my vineyard that I have not done in it? When I expected it to yield grapes, why did it yield wild grapes?” He cries. I imagine the farmer pounds the earth with his fists; I picture his face turned toward the sky, crying out with lament.

Even though I know this story is not just a story of a farmer and his crop, but also of a God who stops at nothing to let love and justice be known, reverberations of failed expectations speak most deeply to me.

After all, sometimes failed expectations feel like the story of our lives.

Bodies disintegrate. Friendships detour. The myriad stabilities we think will last forever come crumbling down, one ravaged brick at a time.

Failed expectations are all around us – but also, and also, God is all around us too. Perhaps the invitation is to see that both can be true.

But this is also where hope resides.

So, it’s here that I cling high hopes for next year’s tomato crop, among other expectations in my life.