I have been thinking about Jesus’ life on earth and trying to wrap my head around what his life might have been like. Jesus’ human nature and his divine nature can be seen throughout scripture, but lately I have been drawn to what I can relate to personally. God incarnate. My mind’s exercise led me on a versatile journey imagining Jesus as fully human.

Like any human being, Jesus would have caught a cold, stubbed a toe, cut his hand, scratched an itch or felt sick to his stomach. Even had a bug bite or two. Physical growing pains and the growing out of clothes. Bona fide assurance, Jesus would have experienced these things.

And what of a loose tooth or a toothache? We know his baby teeth must have fallen out, with his permanent teeth growing in their place. That awkward gosling to goose phase on the face of a child when the front teeth are missing. Jesus had all that! The toothless smile. His father and mother may have been amused as he had to work around what foods he could eat and what he should avoid. Biting into something would have taken a second thought during those six to seven-year-old years!

I can only imagine how much excitement he would have felt for the coming of High Holy Days in autumn— Rosh Hashanah and Yom Kippur. And also in the everyday joys in his family’s life rhythms like their weekly Sabbath taking. The slowing down and putting all things related to work aside. I wonder how he spent those Sabbath evenings.

He would have noticed the seasonal temperatures changing. Feeling hot in the warmer months. Feeling cold as the year drew to a close, layering up and moving closer to the fire. I am sure Jesus had to deal with plenty of smoke and dirt, and the sneezing and coughing that accompanied both of them. Dirt on the sandals, dirt on the hands and in the nostrils, dirt on the hem of his robe and dirt in the house. All gracious gifts of perfumed oils and nard would have been welcomed. Scripture tells us that these items were poured on his head and his feet. The aroma would have filled the air of the room. Jesus knew what it felt like to be given a gift. His appreciation was genuine, “She has done a great thing for me.” Jesus saw her and her deed became immortalized.

Jesus lived his life in community and his days were spent with plenty of walking. He surely would have gotten in his “STEPS” for the day! From Nazareth to Capernaum and along the shores of the Sea of Galilee, Jesus would have kept pace with his friends and at times, walking ahead, or stopping for a needed rest. He could become weary, in need of water and food. Don’t we all?

As far as his palate, we know Jesus would eat bread, fish and figs. He liked figs so much, so he was  distressed to find no fruit on a fig tree when he was hungry. I can relate to this appreciation of figs! Here at the close of summer, I was more than delighted to find plenty of ripe figs on the fruit trees in my parents’ backyard, my childhood home. I gathered the ripe fruit in my hands and reached for the one low hanging avocado on the tree nearby that was easy to pick. I, too, would have been disappointed if I had found nothing! The harvesting of fruit is very rewarding. 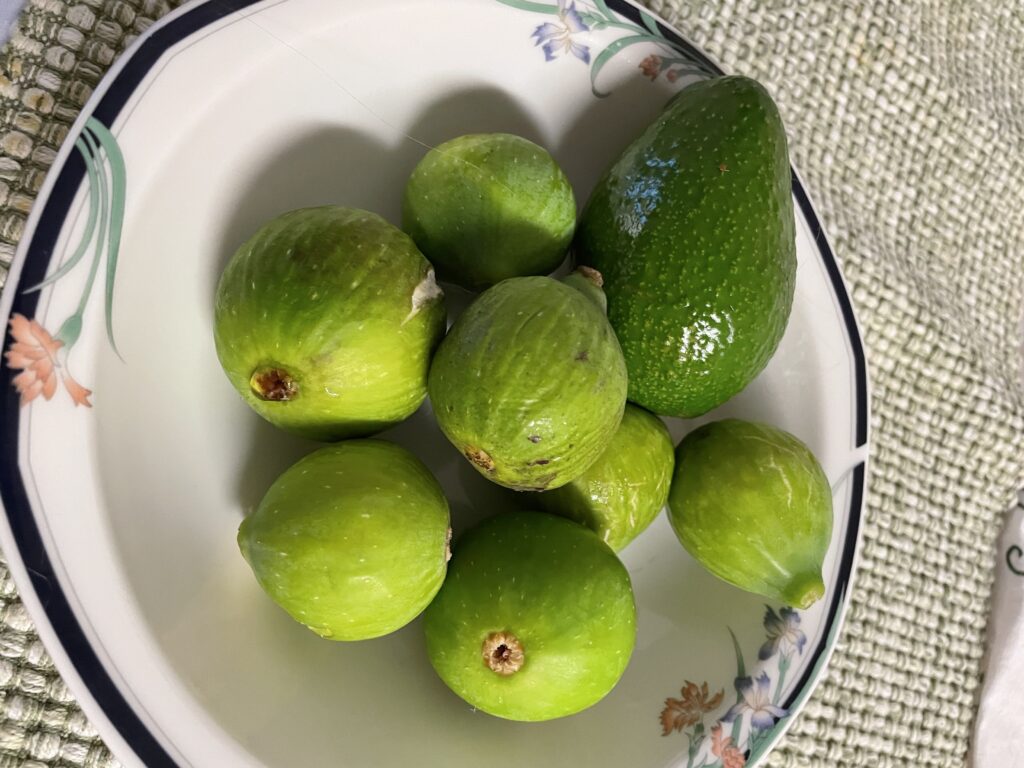 And I wonder if Jesus sang to himself.  A favorite song or instrument? In the gospel of Mark, Jesus and the disciples walk up the Mount of Olives, singing as they go. The Songs of David, perhaps a song of Ascent. I can imagine their voices. Do you think Jesus would have been a tenor or bass?

We have heard of the miracles, celebrated the empty tomb, and joined the chorus of angels in song. It feels easier to grasp the divine because that is why we believe and are born again to a new hope. Jesus as God incarnate is perhaps less tangible and apparent in detail in scripture. Height and stature, eye color and hair color. Details that do not really matter. But seeing Jesus on the face of everyone we meet in an ordinary day and the connection we all make as human beings is wonderful. All our five senses. I rejoice in the humanity of the Lord Jesus! One that I can relate to, even in a sneeze. God bless you!