In the spring of 2019, after years of having my young-onset Parkinson’s disease misdiagnosed, I was confined to a wheelchair. I had been diagnosed with a much worse disease, and was not expected to live more than five years.

But events didn’t unfold according to plan. I began, slowly, to recover the use or my legs, tooling around the neighborhood with a walker. Ultimately, I graduated to a cane, and was finally correctly diagnosed with Parkinson’s.

Nevertheless, I was often so sick that my neurologist didn’t encourage me to expect much time. Knowing that even if I lived for years, I could become cognitively debilitated at any time, I planned my funeral, bought a burial plot, and gave away a lot of my possessions. 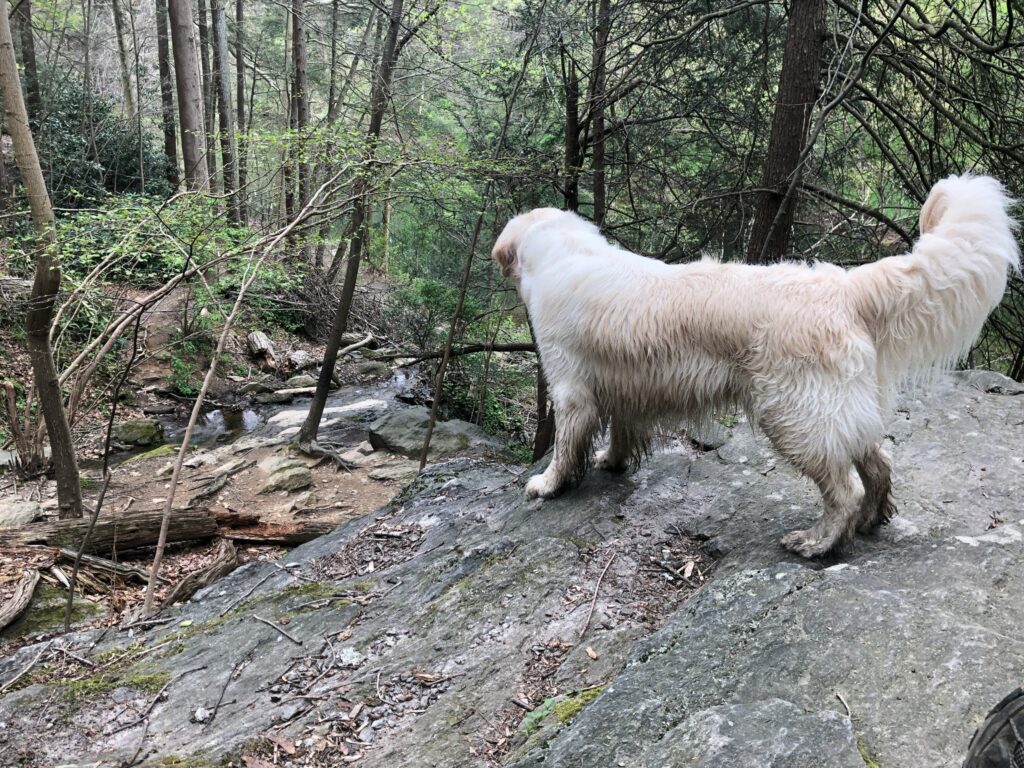 Now, I routinely trek through the woods, over some fairly rough terrain, with my dog, Murphy. We generally do three to four miles at a go.

I have learned not to take sharp downturns as a sign of hastening death, nor a period of vitality as a remission of my inexorably degenerative disease. I do my best to take each day as it comes, doing whatever I can without assuming that however I feel on a given day is a durable condition. In fact, within a single day, I can find myself hobbling along like an enfeebled old man, pounding out a few miles in the woods, and anything in between.

What a long, strange trip it’s been.

The psalms are full of pleas for firm footing and level ground. “Set me upon the rock that is higher than I” (Psalm 61:2) is a familiar form of a petition that appears again and again throughout the psalms.

The Buddhists, in contrast, encourage us not to look for or expect firm ground. The only constant thing, they say, is change, and the ground will be forever pulled out from under us.

I think the Buddhists are right.

I also think many Christians are too prone to believe that “firm footing” and “level ground” mean that life will be predictable, everything will be alright in the way we expect it to be, and long- term plans are reliable. The Letter of James has this to say about that:

Now listen, you who say, “Today or tomorrow we will go to this or that city, spend a year there, carry on business and make money.” Why, you do not even know what will happen tomorrow. What is your life? You are a mist that appears for a little while and then vanishes. Instead, you ought to say, “If it is the Lord’s will, we will live and do this or that.” —James 4:13-15, NIV

What becomes, then, of our firm footing and level ground? I think they are to be found, not under our feet, but within ourselves. Our determination to take each day as it comes, while continuing to trust in God, is all the “rock that is higher than I” we are ever going to get.

Yet I will exult in the LORD,
I will rejoice in the God of my salvation.

The Lord GOD is my strength,
And He has made my feet like hinds’ feet,
And makes me walk on my high places.
—Habakkuk 3:17-19, NIV