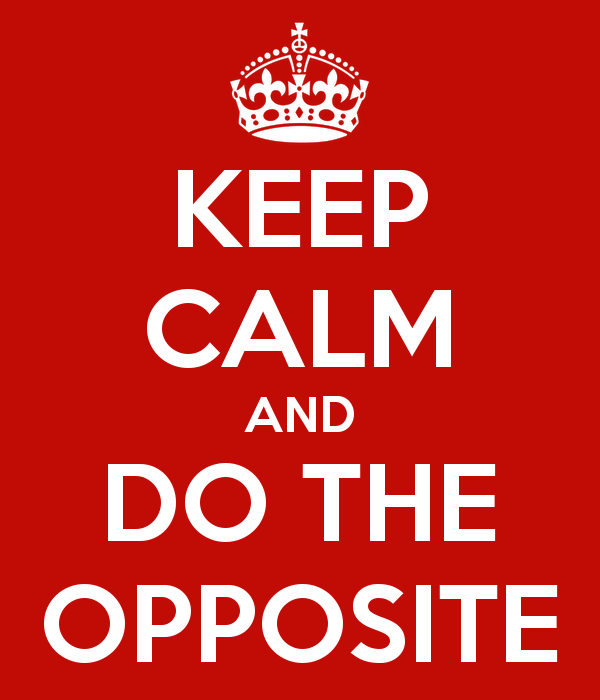 Maybe you know someone like my middle daughter Kaia, who has an unapologetically glass half empty view of almost everything. Sometimes, this viewpoint serves her well. Other times, though, it causes conflicts in her relationships. While she can be tough to parent,* I’m very fortunate and blessed to have a close relationship with her, where we can both be open and honest about situations where she struggles.

Kaia is very passionate about recycling, and joined the club in August, regardless of the fact that she needed community service hours. Now that those hours are due, lots of students materialized to recycle. Kaia expressed her frustration: “It’s not like they really care about recycling, they just want the hours. It’s so irritating.”

I’m often at a loss of what kind of advice to give her that I haven’t already offered in past conversations. Perhaps you know a person who can out-argue any potentially successful advice. Kaia could teach a class on how to shoot down suggestions of any plausibility level. I often want to roll my eyes and say “Ok, whatever, you’ve got it all figured out. Let me know how it goes next time.” Perhaps I’ve actually said something like that at least once; I may have even rolled my eyes.

This time, before I spoke, I paused and prayed for guidance, and God heard. “Why don’t you do the opposite of your first response? Instead of being frustrated with the last-minute people, you could be glad to have more hands to do the work. Maybe, if you’re nice to them, they’ll want to come and do more in the future. Do you think they’ll want to help if you’re rolling your eyes and sighing at them?”

“Hmph. I don’t know. What’s the point? They won’t be back. Plus, I can’t just pretend that they’re not getting on my nerves.”

“But Kaia, consider this: perhaps they want to help, and have reasons why they don’t. Or maybe they didn’t want to in the past, or didn’t see the importance of it. You can show them how vital this kind of work is. Try to give them a chance.”

We continued to talk about this for a while, and she did bend a bit. Frankly, she could be right about her classmates. Time will tell. The concept of doing the opposite stayed with me. That moment was more teachable for me, I suspect, than for her.

I’ve applied this logic in my own life lately. Can’t walk due to hip pain? I’ll dress in my workout gear. Seems a little crazy, but it makes me feel better; like I’m staying connected to that crucial part of my life.

Jesus came into the world because God did something that, in hindsight, could be viewed as completely crazy. Jesus followed God’s lead and walked a different life than people expected of the Son of God. I’ve spent time meditating about what the world could look like if we follow Jesus’ example and do something radically different when faced with a choice. Right now, in our time, I’ll expect I’ll be relying on this strategy more and more.

What’s going on in your life that could benefit from doing the opposite?

Could trying bring you closer to Jesus?

*I’m using parent as a verb here. If people can make up words… I can add parts of speech.