It’s been almost a week since I drove to the parking lot of St. Mark’s Episcopal Church in downtown Grand Rapids and dropped off my daughter to go to the Episcopal Youth Event, fondly known by many as EYE. 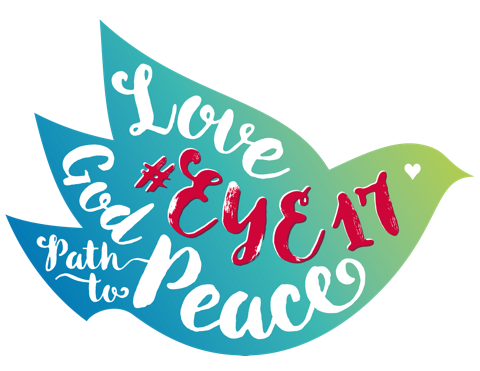 Over a thousand Episcopal youth and their adult chaperones have been experiencing the Episcopal Youth Event in Oklahoma City all week long. They’ve heard the preaching of Presiding Bishop Michael Curry. They’ve walked the exhibit hall featuring much of what the Episcopal Church has to offer. They’ve prayed Compline together late at night. They’ve shared meals, learned from the church’s leaders, and even had a street party. (For lots more details, pictures, and videos check out the Facebook page.) 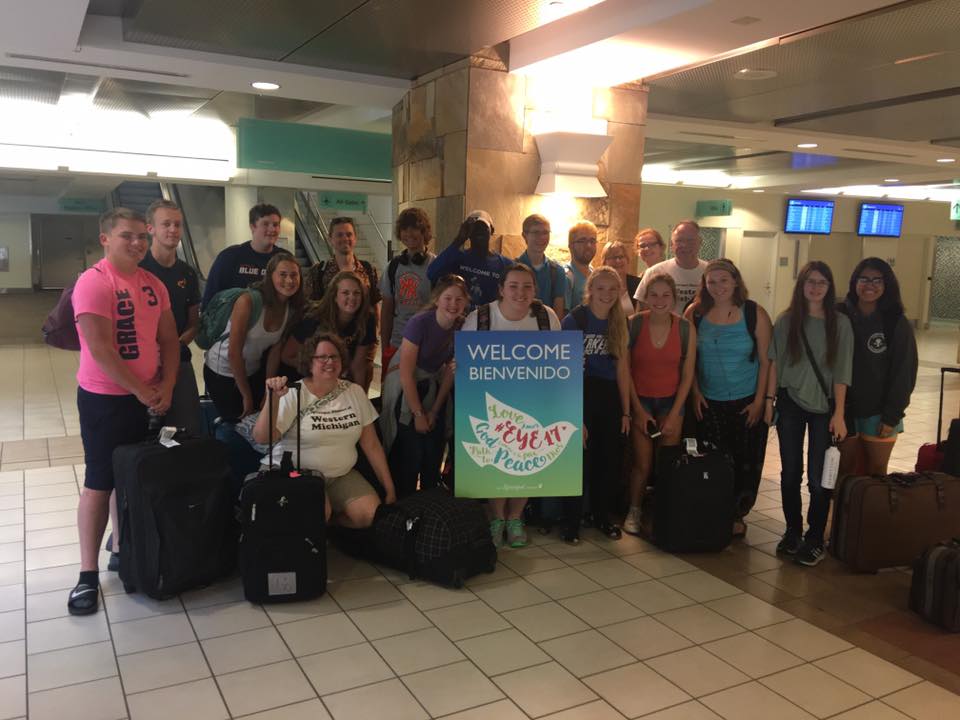 Michigan EYE attendees – including my daughter and friends.

When I was a teenager, I wasn’t part of any religion. Now that I’m a mom, I want my kids to feel at home in their faith community and also inspired to serve God in all the world. I sent my daughter to the Episcopal Youth Event with hope that she would be embraced, engaged, and encouraged by our church.

When I say “I sent my daughter,” I mean I told her, “This summer you’re going to the Episcopal Youth Event.” Like Sunday worship, EYE was an expectation, not an option. She’s fifteen; she didn’t know enough to decide if she wanted to go. Once she got there, I figured, she could decide if she liked it. My job, as her mom, was to get her there. (This works in our family; your mileage may vary.)

But despite the fact that I didn’t hesitate to use my authority to get her to Oklahoma, I didn’t want to be the pushy mom who attempts to live vicariously through my daughter. So I restrained myself from texting her daily to find out what was happening at EYE. Even though I was desperately curious!

I know she slammed her finger in a door and went to the medic. I know she was hot and some people bought her shorts (cue the mom guilt – did I not send her with enough shorts? probably not!). Her one sentence about EYE’s programming via text? “It’s more fun than I thought it would be.”

I’m sure she’ll tell me more when she gets home. But I may never know whether God touched her heart during Compline by the water. I won’t know all the new friends she made. I won’t know whether she fell for our church as hard as I have.

All that is part of raising a teenager actively seeking an independent life. I get it. That’s okay.

But here’s the biggest part I don’t know, and this is the part that actually matters: what do I do with her now? She’s not only my daughter, she’s also part of the church I serve as priest. Do I ask her to speak to the congregation about the experience? Do I ask her to write something to share with the church? Do I expect more of her, since she now understands more of our faith? Do I treat her as the future leader I hope she will be?

Or do just I pick her up and let life return to normal?

I don’t have an answer for those questions today. I have to look in her eyes and listen to her story before I know what my next steps are. She, not I, will be the one who follows God’s call in her life.

I don’t know what those steps are, but with God’s help, she will discover them. May I be the mom who both supports her journey and gets out of the way. That’s my post-EYE-mom prayer.

Did you attend the Episcopal Youth Event? Do you have wisdom for parents of current attendees?