There is a quilting group at my church that has been meeting every week for almost 60 years, working off of donations from cleaned out linen closets and old scraps of fabric. The women range from their early sixties to their nineties. They have had a wide, wide range of life experiences. And when they come together, these women take can take anything and make it beautiful. 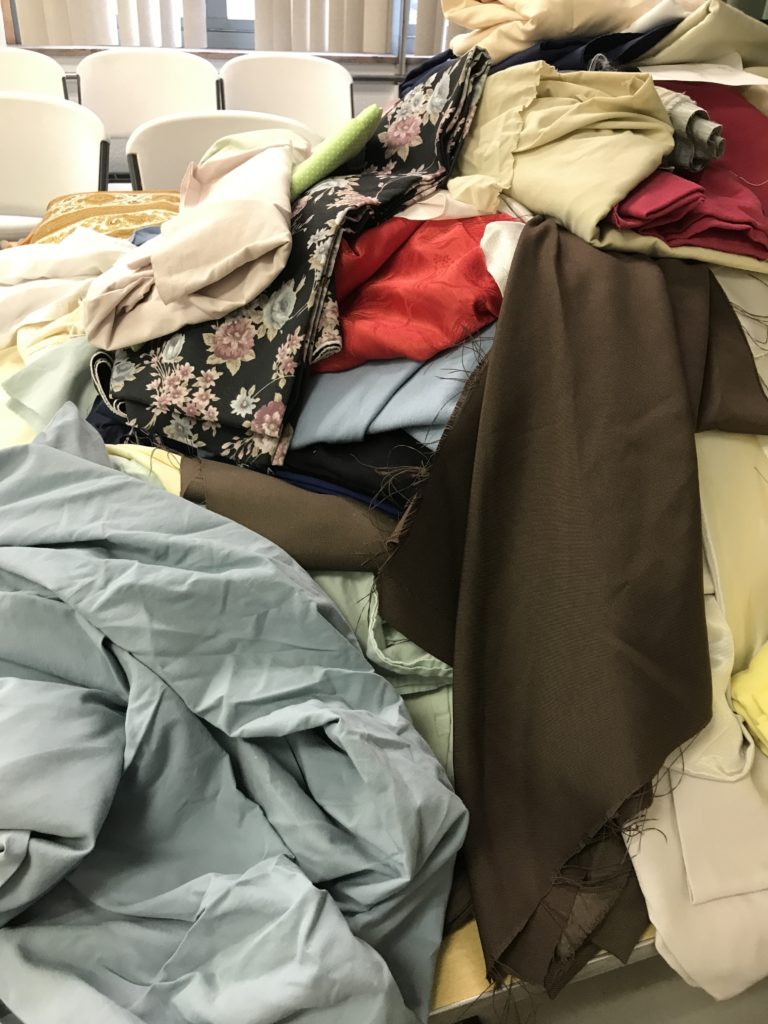 What looks like a tsunami of laundry becomes a carefully constructed quilt, sent throughout the world and across town. At the end of every school year, every graduating high school student gets one to bring with them as they leave home. And every fall the whole hallway is overtaken by boxes, collecting quilts to ship all around the world through Lutheran World Relief for people in need, whether poverty or natural disaster.

Every time I come to church on Wednesday mornings our fellowship hall is transformed. Every surface is covered, as they call out to each other looking for opinions on patterns and colors. One week they are sick of green, the next they are hunting through the shelves for a shade that won’t clash. 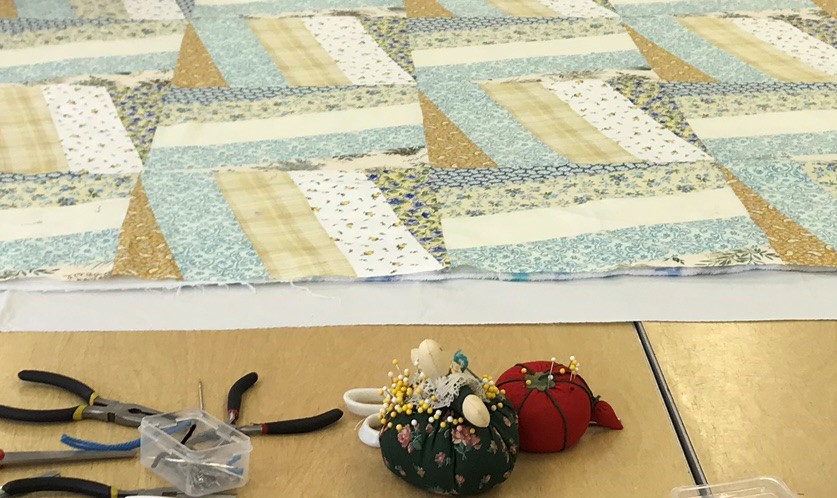 Today is the lesser feast of Tabitha of Joppa. When I think about Tabitha (who is also known by her Greek name Dorcas), I imagine the spirit of these amazing women. Scripture tells us she was “a disciple,” following Jesus and supporting those in need out of her own resources. When Tabitha died, they called Peter and “all the widows” wept and showed him things she had made. Peter sends them out and prays, raising Tabitha from the dead. The book of Acts tells us that many throughout Joppa heard about what had happened and believed. Miracles look different from generation to generation.

Was the miracle that Tabitha was raised from the dead?

But there were others.

May we all be blessed with the eyes to see miracles of all kinds surrounding us.