As a teen, my stomach sank whenever I boarded a plane. I wasn’t scared to fly, I was nervous about sharing the gospel with my seatmate. What could be more awkward than cornering the total stranger trapped next to you to inquire about their eternal destiny? Yet that’s what my evangelical pastor told me to do on flights.

The pitch was this: try to convert whoever you encounter, because you may be the person God has chosen to bring salvation to someone’s soul. To emphasize this, my Christian school showed us a film about a group of partying kids killed in a car crash–the Christian who had failed to convert her friends was left to live with the guilt for the rest of her presumably miserable life. Our big takeaway was that if you failed to ‘close the deal’ and a soul was lost forever, it’s on you, honey. That fear of being responsible for someone’s eternal damnation was a powerful motivator.

Later as a camp counselor, I practiced leading someone to salvation with tracts about the four spiritual laws. I rehearsed the ‘sinner’s prayer,’ which many viewed as an almost magical incantation of belief that would preserve a soul in salvation amber and guarantee safe delivery in heaven upon death. In every talk I had with my high school aged campers, I felt responsibility to dissolve the doubts of every questioning kid, leading them to a place of certainty, faith, and salvation that very day.

I took for granted that salvation was a moment, an event. It wasn’t until I began attending a liturgical church and studying the history of American religious experience that I understood our salvation as a journey. After all, a memorable conversion experience is not the way everyone experiences God. Just ask the Puritan colonists in 17th century New England!

In the mid-1600s, church membership and political participation depended on a colonist’s ability to show evidence of a conversion experience. Many second-generation colonists, though baptized and raised in the church, just didn’t have one. No dramatic story, no stark before-and-after, no particular transformational moment. The solution to this crisis was institution of the ‘halfway covenant,‘ which allowed ‘unconverted’ children to participate in church life as partial members. Needless to say, this was little more than a band-aid. 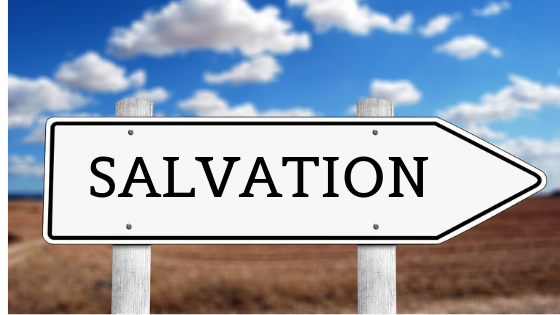 In my life, understanding salvation as a journey lifted an astonishing weight of responsibility. As someone explained to me, imagine that someone’s journey to God consists of a hundred different discoveries, revelations, or steps. An encounter with you may be one of those steps, but it probably won’t be that last ‘closer’ step. You’re more likely to be step three or step seventy-four, and that’s fine. It’s important that you show the love of Jesus to people and share truth, but you don’t need to arm-wrestle everyone into saying a particular prayer or converting on the spot. Just help carry their packs, listen to them, and walk through dark places with them. You might not be there for the moments of great revelation or major turning points, and that’s ok. You were a faithful fellow pilgrim.

Last week, one of the teens in a youth group I co-lead admitted that she harbored many doubts. After our year-long Bible survey, she told the class she wasn’t sure she believed everything she heard. This time my stomach didn’t sink. I wasn’t scared for her or convulsed with a sense of personal failure. She has wonderful parents, a church who promises every week to support and love each person “wherever you are in your journey,” and a good foundational knowledge of Christ’s love for her. She said she wanted to keep exploring, and she remains an active participant in church activities. Maybe our Bible survey will be a turning point, and maybe it will be nothing more than another forward-moving step in her life-long pilgrimage with God.

My title lied. There is no salvation in three easy steps or a magical prayer that will save our children. There is, however, a journey of faith before them, and we can be companions on that journey. Knowing that we can bring the children in our lives closer to God even if we’re not the ‘closer’ in their faith story is a beautiful responsibility, and no less important.