A few weeks ago 383,000 gallons of crude oil leaked from the Keystone Pipeline in North Dakota. It was a blip, a tiny soundbite if you closely followed of the news that week. Perhaps that tragic event or Greta Thunberg and Takata Iron Eyes’ shared talk at Red Cloud Indian School on the Pine Ridge Reservation on October 6 has made you wonder three years after the initial Standing Rock protests what’s going on with the Dakota Access Pipeline and what can we do now. Last month I interviewed Water Protector Sierra Asamoa-Tutu and Episcopal priest John Floberg, both of whom served at Standing Rock. In their own words, here’s what they shared about where things stand with Standing Rock.

Sierra: In large part, the movement for Native water protectors has moved to a legal/political battle, which can seem never-ending! Both Dakota Access and Keystone XL are being fought through lawsuits over illegal proceedings with construction (such as not doing a thorough environmental impact study, not consulting tribes, etc), led by groups such as the Lakota People’s Law Project. This is also the case in the upper Midwest with Enbridge’s “Line 3”, currently under review with our public utilities commission. Because pipelines are largely built on private property (DAPL does not actually cross into the reservation boundary), companies need only to get permission from landowners and state licensing to build. In the case of DAPL, they were fighting with the Army Corps of Engineers because it was crossing the Missouri River.

Water protectors continue to be active and involved in various protests, marches for climate justice, and indigenous rights issues. Most recently, the defense of Mauna Kea in Hawa’ii drew indigenous supporters from around the globe. The lighting of the flame for activism and the call for tribes to unite for climate justice was one of the greatest offspring from the Standing Rock camps. The Sacred Stone Camp continues to be active on Facebook, sharing news and events relevant to Native audiences. As I write this, there are crowds gathering in Rapid City, South Dakota for a march led by Greta Thunberg and Tokatawin Iron Eyes.

John: Tokata and Greta were catalysts to show that the 7th Generation has arrived. As I stood in the full bleachers with Standing Rock’s teens I remembered November 2, 2016, when about the same number of people were gathered in Cannon Ball’s Red Gym before Clergy Day at the Backwater Bridge. In the spring of 2017 this movement wained as the camps were emptied and the pipeline began to flow with crude. People on Standing Rock have ever since felt the weight of racist attack upon them for standing up with their allies. North Dakota has been shown to have bold racists and haters within it. I truly believe that the effects of historic trauma are being manifested through the dominant population of those generations that came from Europe and [specifically] Scandinavia during times of conflict on the Plains. Their ingrained fear of Indians is being expressed by those that stand against Standing Rock. What I saw at this event in the school is that this generation has been kindled and is standing up.

Sierra: The youth are especially vocal and active on the international level. To me, it is unfortunate that voices such as Autumn Peltier have not received the media attention that Greta Thunberg has, although it is not surprising. The silencing of Native voices has always been a strategy for continued social oppression and theft. The current administration has been less than eager to hear our case for justice, much less do anything to hold energy companies accountable for their destruction and endangerment of the environment. This is why it is especially important for white allies to be vocal with their representatives at all levels of government to support issues of climate justice and indigenous rights.

The way I cultivate wisdom in my children is to talk with them about nature as though every living thing is a relative. Even the sun, moon, and stars are part of our community and circle of life. We hope to live as though care for these other relatives truly matters, in the way we shop, eat, transport, and talk in our daily lives. We keep trying in small ways to shift away from this mainstream culture of consumption. 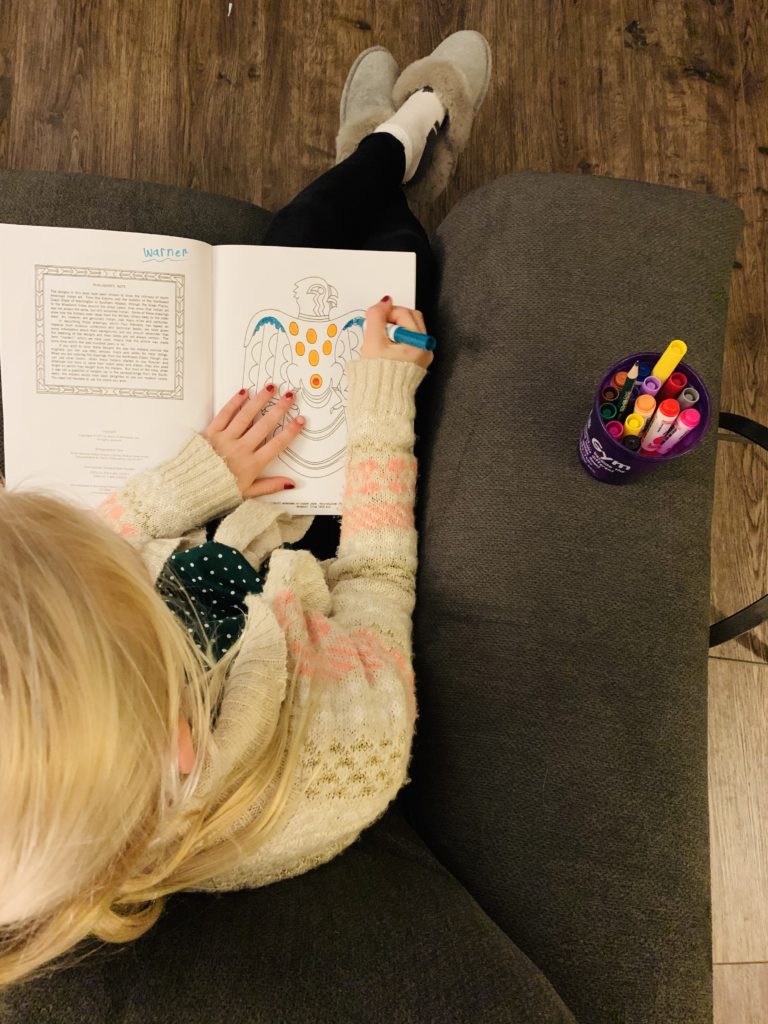 John: I believe that Indigenous People have the clearest moral authority to speak and act for the good of creation. It is inextricably tied to their recognized place as a First Nation in this land, along with Treaty Rights and Obligations that they have entered into with the United States and Canada. From the late 1960’s through the end of the 1970’s they regained their footing as sovereigns and self governing. The anticipation of the 7th Generation was a time of preparing the communities to welcome them when they began to come and have been healing the hoop of the Lakota Nation. Alcatraz, Wounded Knee (1973), the Indian Child Welfare Act, the Freedom of Religion Act, Standing With Standing Rock, the Resistance to [Enbridge] Lines 3 and 5, the Resistance to the KXL Pipeline—all of these things are related and within the broader movement of Indigenous Nations looking once again to their territories, not simply their reservations—as protectors of it all.

Sierra Asamoa-Tutu is a mother, advocate, and mental health professional in Saint Paul, Minnesota. She grew up near Gallup, New Mexico, as the daughter of a Dutch American mother and a Diné (Navajo) father, and views her mixed identity as an impetus for healing historical trauma.

The Rev. Dr. John Floberg is the Episcopal Priest on the north side of Standing Rock where he has served since 1991. He and his wife, Sloane, a Deacon and Licensed Professional Counselor, and their family have lived out their faith together through their lives on Standing Rock.

How do you talk with your children about our personal relationship with nature?

In what ways does your household shift away from the mainstream culture of consumption?