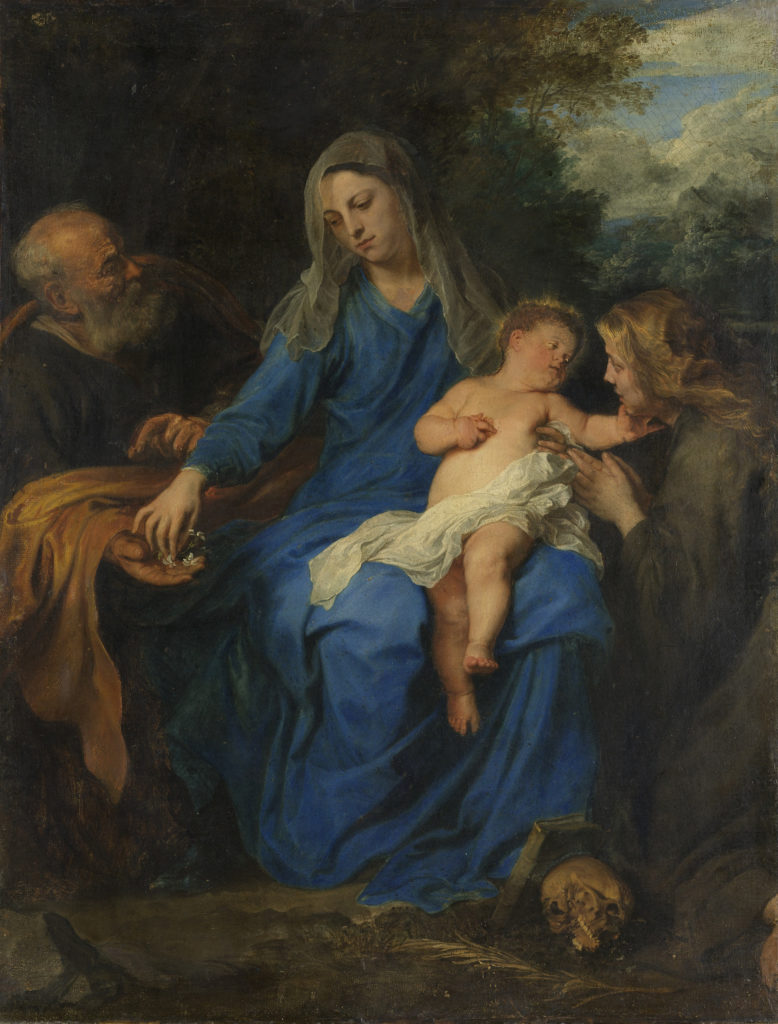 This picture shows Mary Magdalene with the infant Jesus. I wonder if she was present with him in that part of his life and I’m not surprised that an artist thinking about this woman would have shown her present. Because if Mary Magdalene is anything, she is present. She is mentioned more than most of the disciples in the gospels (12 times to be exact), and yet we don’t know a lot about her.  We know that she received a gift of healing from Jesus when he cast seven demons from her.  Beyond that, we know that she was with Jesus. She was with him in his ministry, she was with him at his death, she was with his body at his burial and she was the first to be with the risen Lord.

Luke tells us that Jesus “went on through cities and villages, proclaiming and bringing the good news of the kingdom of God. And the twelve were with him, and also some women who had been healed of evil spirits and infirmities: Mary, called Magdalene, from whom seven demons had gone out, and Joanna, the wife of Chuza, Herod’s household manager, and Susanna, and many others, who provided for them out of their means” (Luke 8:1-3). Mary, after parting with her seven demons, changed her life course following Jesus to multiple cities and villages. I wonder what it was like as a woman to travel after a teacher during that time.

Matthew, Mark, and John all make a point to name Mary Magdalene as being with Jesus at his death. “There were also many women there, looking on from a distance, who had followed Jesus from Galilee, ministering to him, among whom were Mary Magdalene and Mary the mother of James and Joseph and the mother of the sons of Zebedee” (Matthew 27:55-56).  I wonder what it was like to be in that place. I wonder if she felt powerless. I wonder what the grief of that day was like for this woman who had been restored by Jesus and knew the power he had.

And then she went with Joseph of Arimathea who laid Jesus in his own new tomb. “And Joseph took the body and wrapped it in a clean linen shroud and laid it in his own new tomb, which he had cut in the rock. And he rolled a great stone to the entrance of the tomb and went away. Mary Magdalene and the other Mary were there, sitting opposite the tomb.” (Matthew 27:57-61). As Matthew and Mark show us, Mary Magdalene was with Jesus, just sitting there as he was dead and sealed in a tomb. I wonder if it felt final. Or I wonder if she just felt numb.

But then, all four gospels place Mary at the resurrection of Jesus. She was faithful to be present in Jesus’ ministry, death and burial. She certainly wasn’t one who only showed up for the happy parts of the story. Matthew tells us how she goes to the tomb in mourning, and there is a great earthquake because an angel shows up and his appearance is like lightning. He has to tell her not to be afraid. This was probably not the morning she was expecting to have.

And now Mark points out that she is the first person who Jesus appears to and she will be the apostle to the apostles. She will be the one to bring the good news. “Now when he rose early on the first day of the week, he appeared first to Mary Magdalene, from whom he had cast your seven demons.  She went and told those who had been with him, as they mourned and wept.  But when they heard that he was alive and had been seen by here they would not believe it” (Mark 16:9-11).

I wish that I knew what Mary Magdalene did next. How did her conversation with Peter go once he had seen that it was true? I wonder how many she told and how she worded the story. But, what I don’t wonder about is if she was present. What the gospels show us is that this woman was with Jesus come what may. Today as our church commemorates Mary Magdalene, you may choose to color eggs red or eat an almond tart to celebrate her, but above all else I challenge you to carve out some moments to be present with Jesus. 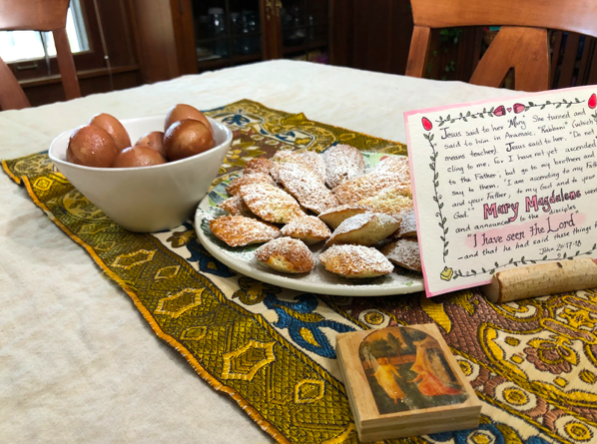