Michaelmas daisies are stalwart plants that bring color to the darkening, dried out days of late summer and early fall with cheerful purple flowers. Students across the UK return to school in the fall for the Michaelmas term. I wonder if they spend much time thinking about the saint and angel who gives both the flower and the time of year its common name? I’ll have to ask my English friends.

“In times of unusual danger, when the malice of the devil seems triumphant, St Michael will come to our aid.”

Amen and Alleluia to that. 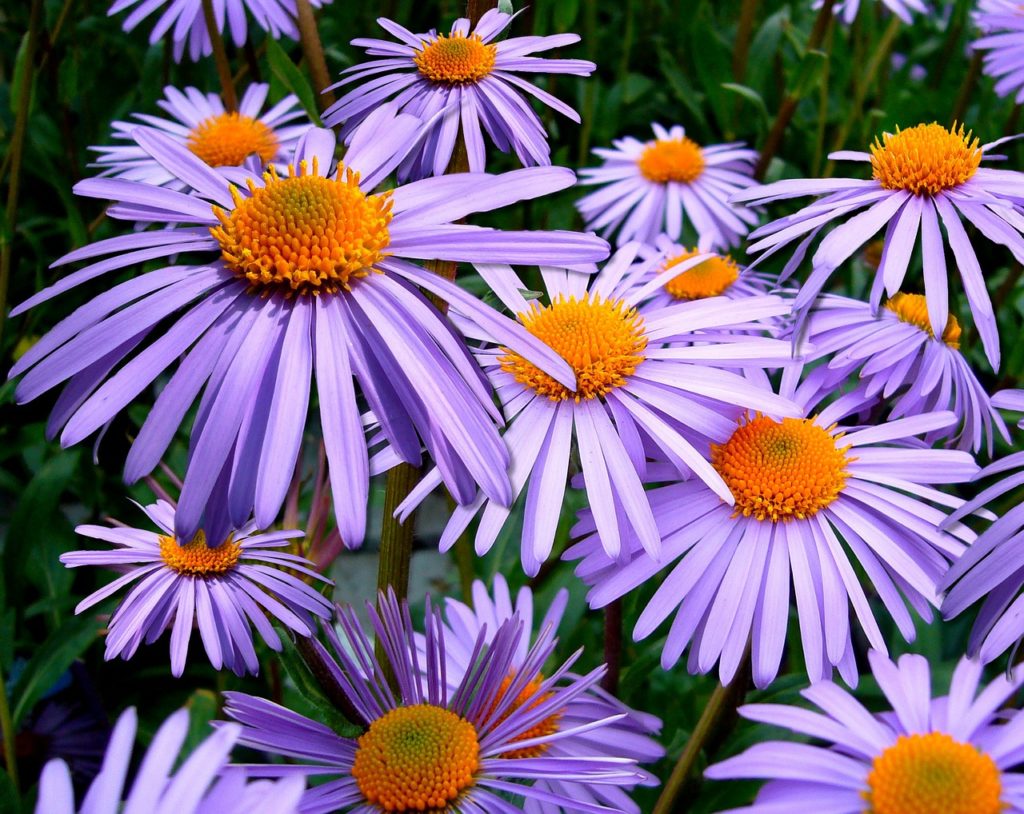 It’s been a little over six months since all our lives came to a grinding halt in the battle against the novel coronavirus, which I think we can certainly label as “unusual danger.”

It’s been almost four months since we witnessed George Floyd’s murder under the knee of a man whose indoctrination into systems of racism and racialization was so effective that he casually kept his hands in his pockets for most of the almost 9 minutes it took to drain the life of another child of God. That incident turned our attention, rightfully and so very late, to the thousands of Black Lives crushed by systems of white supremacy that infiltrate the daily life of most Americans. I wonder how long my Black siblings have felt that the “malice of the devil seems triumphant,” without my understanding. I am in a season of lamentation, and beginning the work of repentance and reconciliation, but that’s a different blog post.

In the last two months wildfires have taken lives, incinerated entire towns, and filled the air for millions with smoke and ash. In the same time, we’ve been through an entire alphabet of hurricanes in the southeast.

A quick internet search will give you the background on the four archangels: Michael, Gabriel (see, visited Zecheriah and Mary with baby news), Raphael, and Uriel.

And we need ALL THE ANGELS right now.

At this writing 207,442 souls have been lost to COVID-19 in the United States alone. Globally, we are fast approaching the milestone of 1 million lives lost.

When angels appear to people in scripture the first thing they say is “Do not be afraid!”

And that’s what I need to hear today, on the Feast of Saint Michael and All Angels.

The word angel derives from the Greek angelos, translated from a Hebrew word that literally means messenger. And in my reflections as I sat down to write to you today, the message I needed most came to me from something as simple as the names of these four archangels themselves:

Gabriel = God is my Strength

Uriel = God is my Light

We are anxious, exhausted, and grieving, but as Easter people we know that even in the darkest time, there is life and hope in our faith. When Saint Peter wrote “Cast all your anxiety on him, because he cares for you” (1 Peter 5:7), oppression and persecution under the infamous Emperor Nero was at its terrifying height. Dietrich Bonhoeffer wrote “There is meaning in every journey that is lost to the traveler,” in Nazi Germany while WWII raged toward its tragic end.

Almighty God, in this time of anxiety and grief, we pray for the protection of Michael, the strength of Gabriel, the healing of Raphael, and the light and wisdom of Uriel. Help us to watch, always, for your messengers, and give us the courage to be, ourselves, messengers of love, hope, strength, healing, and light. Amen.