“True friendship ought never to conceal what it thinks.”
—Jerome, “To Rufinus,” Letter LXXXI

If Jerome is right, and if you and I are going to be friends in the course of this post, I should start by being honest. I don’t really like Jerome. And perhaps today is the right day to think about those saints whom, if we’re being honest, we don’t like. Whether those saints are ancient or contemporary, none of us like every Christian we meet.

Friend, first we should acknowledge that Jerome is important! He’s the translator of the Vulgate, the first whole translation of the bible into Latin (in the 4th century). He insisted on learning Hebrew, rather than relying only the Greek Septuagint (that’s the Greek version of the Old Testament that had gained importance during the Jewish diaspora), and that dedication speaks volumes for how much the Bible and Christ meant to him. His letters, translations, ascetical treatises, and writings reveal the history of a whole era of Christianity, and he was a prolific writer, widely read for centuries.

I’m also inclined not to set you up to dislike Jerome. He might have something useful for you. Let me say only that while I admire his scholarship, he embodies a polemical style of Christian writing that has done us no favors. He demonizes rather than disagrees. So, I won’t demonize him to you. You can easily find his many writings with some internet searching.

We live at a time when demonizing one another has become very easy and very tempting. It’s easy because posting comments is only as far away as our nearest device, and it’s tempting because we live in a time of profound injustice and deep disagreements about the future of human life in our societies and planet. Opposing injustice is not the same as demonizing people, but they blur remarkably easy, especially with specter of violence lingering over everything. Our own church traditions and communities are not immune, and we all have sainted members whose views we find problematic and sometimes, if we were honest, damnable.

So, friend, what do we do? How do we oppose the evil we see in our world without judging, as Jesus advises? How do we live with the saints on our friends’ lists, in our histories, in our Zoom churches, whom we believe to be not only wrong but in thrall to something dangerous?

This little Jerome-reflection won’t be able to tackle this whole problem, which might turn out to be one of the hardest practical theological problems of our time. Loving our neighbors is as hard as it has always been. But it can remind us that the first step is to acknowledge our mutual relationship with one another, that we are neighbors. We may have to witness to that fact of relationship in protest, in vigil, in mourning, in shouting—sitting down over a cup of tea only works when it works, and the present political climate has made friendly conversation hard.

Nonetheless, we cannot give in to demonizing or dehumanizing one another. Being damnably wrong isn’t the same as being damned, and while responding compassionately might mean strong words, it doesn’t mean writing off. Knowing someone’s biography, whether of an ancient like Jerome or a contemporary neighbor, may help. 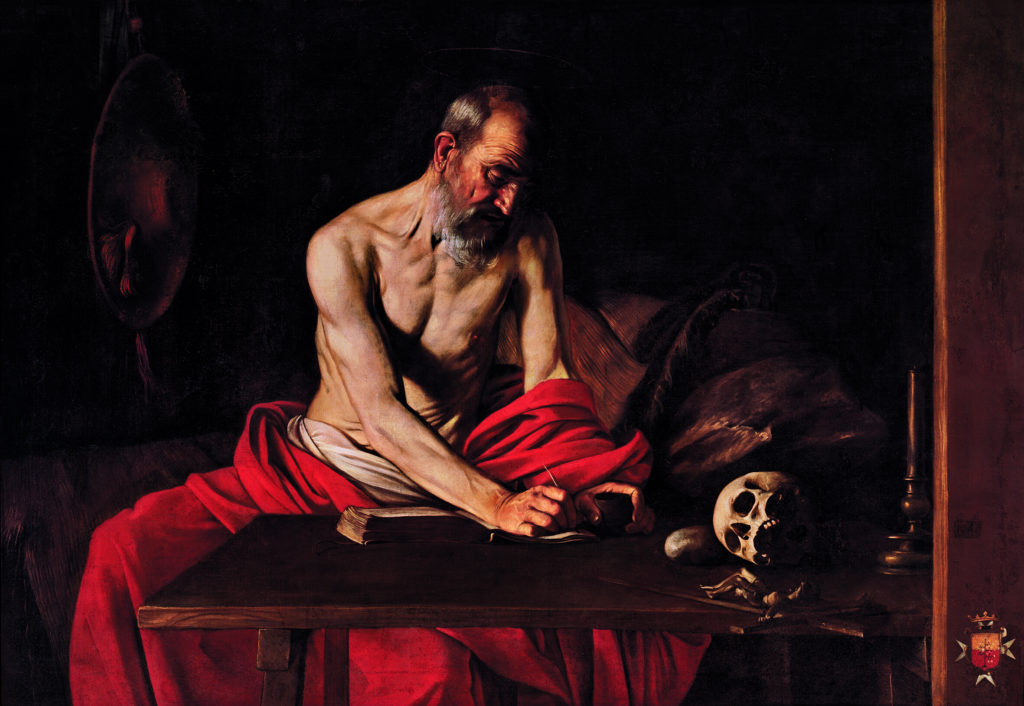 Jerome was also a Christian with his own particular story—reluctant at first to convert, but lucky enough to learn from some of the brightest Christian minds of his day. As he aged, he had trouble reading the tiny Hebrew characters, particularly at night, and it’s easy to imagine him in present times with drug-store reading glasses and his phone flashlight out in the local chain restaurant, trying to see what he can eat for dinner as he sketches a quick reply to Rufinus on his phone.

Friend, if we are to find a way to oppose disinformation, white supremacy, and oppression, we must see the humanity in the perpetrator, in the guilty, in each other, or risk becoming the very thing we need to oppose.