No, it isn’t just us in modern times—for siblings in the Bible, there’s usually drama. Consider Moses, Aaron and Miriam—Israeli siblings three. Aaron, you may remember, must talk for Moses because Moses doesn’t speak well. Miriam, whose creative problem-solving saves Moses’ infant life, is a prophet in her own right (very officially with her own song and everything) but gets some discipline in the book of Numbers for being jealous of little brother Moses, who makes leading God’s people look like a fun job apparently.

Remember also twin brothers Jacob and Esau who not only have sibling rivalry going on but Dad’s favoritism too, a theme that returns with Jacob’s own twelve sons when the eleven brothers are jealous of Joseph’s coat. It’s not really about the coat. It’s about Dad’s special treatment of Joseph. Well, maybe it’s somewhat about that cool coat, but it’s more about privilege. It’s about what you do when you aren’t the heir or the favorite, when you’re forced to live in the shadow of a loved one whose shortcomings and irritating habits you know well. It’s that universal, “what about me?” search for significance.

When Jacob steals Esau’s blessing, yes, it’s a big deal. But every Jewish family had a blessing to give. This is not a unique situation, other than that it’s the one scripture gives. This family line becomes royalty, but they don’t know that yet. For them it’s ultimately just about some good words for their family. No sky was cracking open accompanied by a voice from heaven with the Holy Spirit as a dove onto someone’s shoulder, not yet.

When Jesus does break onto the scene generations later from the house and line of Jacob’s son Judah things go a bit wild and wonky. Life itself cracks open and God comes in flesh to hang out with us and be in a real family like us. What if you were born Jesus’ brother? What if you knew him with an über-exclusive level of intimacy? And by that I mean you know what sounds and smells come out of the bathroom when he’s in there, know how annoying his laugh is, how obnoxious it is when he stares at you and says nothing and walks away, how he twists his hair when he’s thinking, how he always knows what to say and never gets in trouble—that kind of intimacy.

Then imagine as an adult trying to be convinced that this brother of yours who is really popular but also is having some problems with the authorities, is God. You might buck at the idea. We know our siblings too well to see greatness. We like them in a supporting role—supporting us and our parents mostly. For James of Jerusalem this is maybe how it feels.

Consider the family dynamics at the dinner table when your mom is Mary, (The Mary, cast-down-the-mighty-from-their-thrones Mary) and her other son there, so grateful for the meal again, is the Son of God. Talk about some strong personalities that would land you in some years of therapy. What are the odds for James? What are the odds he’d get this life, this family? 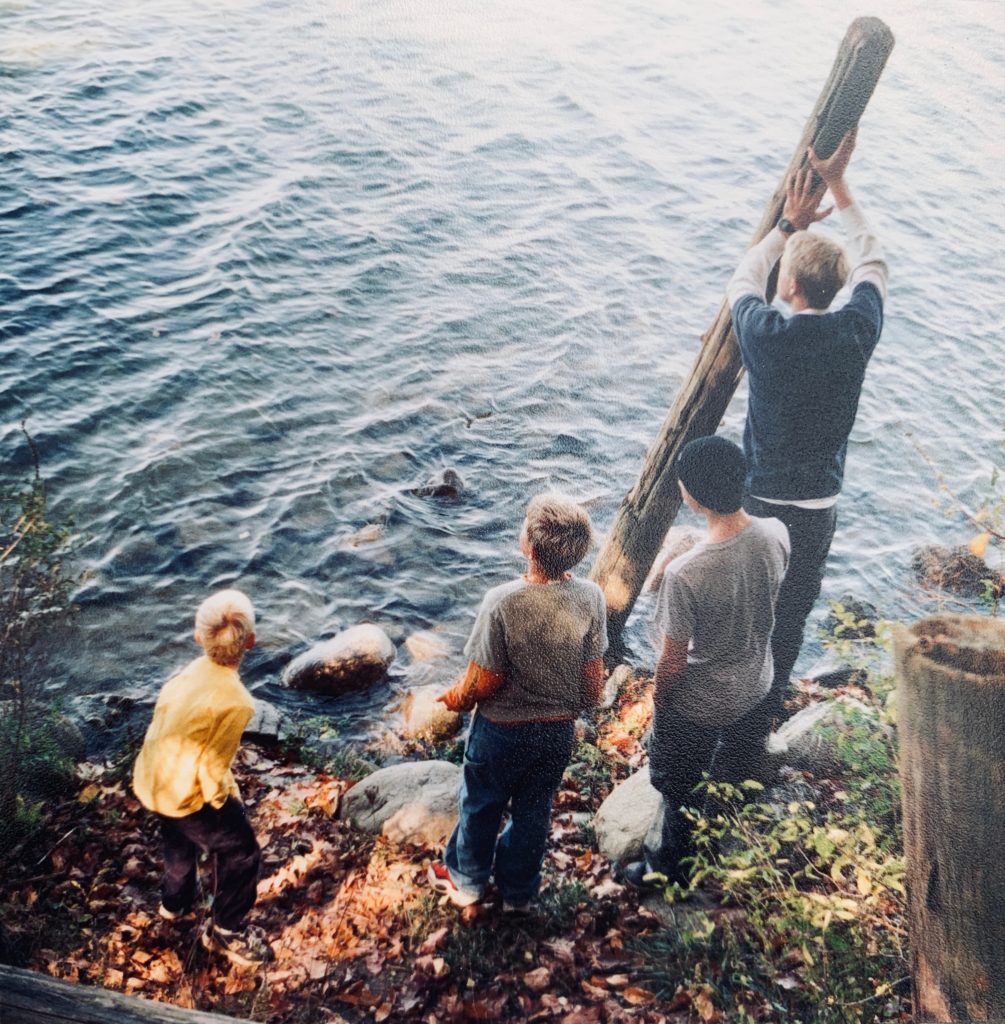 My brothers at the shore

James wasn’t a believer during Jesus’ lifetime. Even if this was part of God’s big plan, for James to recognize Jesus as Christ only after Jesus is gone, he’s probably left with some emotional baggage. In addition to experiencing the loss of a not-old sibling he might carry the sting of regret and missed opportunity, frustration with his inability to fully love Jesus in all of his God-ness. It is so hard for us humans to see the truth in the moment. Nobody really expects to bump into God. So often it takes years of reflection, processing and prayer to understand things for what they really are.

James maybe grieved missed chances to glean more from Jesus, to soak up more divine wisdom. Perhaps James was no stranger to regret about this. And yet it seems he let go of that regret enough to let God rebuild it into new zealous spiritual energy. Eventually he shows a keen sense of Christian devotion and humble leadership later on. He becomes the overseer or bishop of the Jerusalem church. He’s vegetarian, perhaps celibate, and a wearer of only linen clothes, no wool. His knees, reportedly like those of a camel, are tough and leathery from spending so much time kneeling in prayer. What a transformation, what a cause for hope.

In this relentless year that’s cracked our lives open, we celebrate with God the life of James for its testimony of letting loss and regret do their work in us that we might forever exalt God’s holy name.