I confess that when I first started working at Episcopal Church of the Transfiguration, I did not accept the call based on the scripture that inspired its name. The passage depicting the transfiguration of Christ was certainly known to me, but I hadn’t really dwelled inside its mystery and the sense of calling that is at the heart of the journey up and down the mountain.  I was, however, fully immersed inside this story when I became a priest who stared into a triptych depicting it for 3 years. I was fully immersed inside the story of prophets appearing and occurrences so wild that they could only be contained in a book as confusing as the Bible, and only depicted by an artistry so prayerful as iconography. 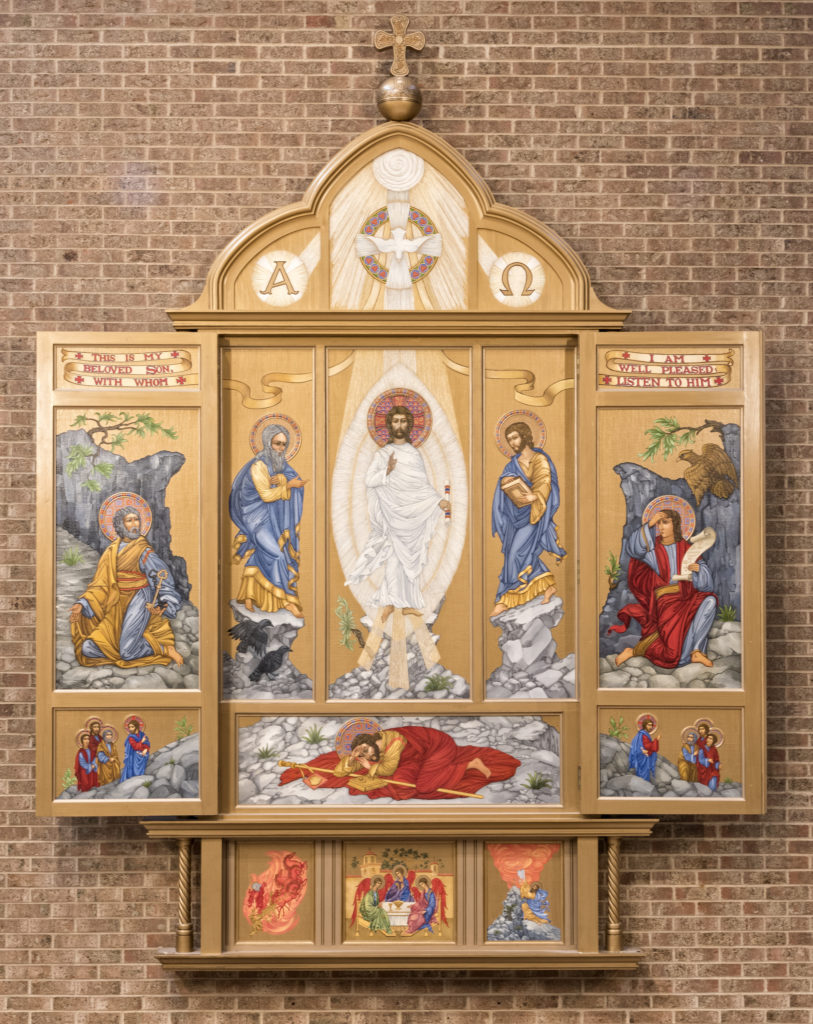 Episcopal Church of the Transfiguration in Dallas

In the odd passage from Luke, Jesus takes Peter, John, and James with him to a mountaintop to pray, as they are wont to do, but suddenly his appearance changes and he is joined by Moses and Elijah. The disciples, mesmerized by the palpable glory of God and the blessing of the prophets beside him, begin to ask if they can make dwellings, to stay inside that present moment of feeling fully inside the awe and blessing of God.

There is no question that I am the disciple asking if we can make a dwelling, to try to live inside the fleeting moments when I feel the very palpable love and presence of God. I struggle with doubt more than I feel I should — forever kissing my stole and praying the words from Mark, “I believe; help my unbelief!” — and whenever that doubt slips into the sidelines, even for a second, I want to capture the moment, trap the feeling, put any experience of faith under the microscope so I can figure out how it ticks and, once and for all, finally become the believing Christian I am told exists. I want to finally become the Christian who believes without doubt.

So I empathize with the disciples, and I join them in the moment of their asking, and I sit inside the cloud of fear that speaks “no” to their prayer of staying fully inside the unquestionable presence of God. I know what it’s like to pray the same prayer, only to be met with clouds of fear, sent away from the encounter not with a dwelling place inside the peace of God, but instead sent away down the mountain, back into the world, promised only that I will continue to have to pray for my belief and my unbelief in the same breath.

Today, however this finds you, I hope you can find comfort fully inside the presence of the transfigured Christ, held tenderly by God inside the clouds of fear, and accompanied by the Holy Spirit as you journey away from palpable moments of grace and into the world that might leave us praying for belief and unbelief in the same breath.