The gospel lesson assigned for today’s Feast of Saint Luke the Evangelist has one of my favorite scripture moments: Jesus, filled with the power of the Holy Spirit, returns to the region of Galilee after a period of fasting and temptation in the wilderness and begins teaching. In the synagogue in Nazareth, his hometown, he unrolls the scroll of the prophet Isaiah and reads from what might be his favorite spot.

The Spirit of the Lord is upon me,
because he has anointed me to bring good news to the poor.
He has sent me to proclaim release to the captives
and recovery of sight to the blind,
to let the oppressed go free,
to proclaim the year of the Lord’s favor.

So when we read this passage from Luke in a worship gathering, we are hearing something like:
a lector reading Luke
quoting Jesus
quoting Isaiah
proclaiming good news of God’s freedom to the poor, captive, and oppressed.

Or, let’s put our present context in the scene, with you reading a writer
quoting Luke
quoting Jesus
borrowing from Isaiah
preaching hope to God’s weary people. Wow!

How great is it to see good news stacked up in these layers, reverberating through centuries and communities longing to hear the hope of God’s promise to redeem and uplift the suffering? Also, it means Jesus and I have the same favorite, just saying. Maybe you do, too.

It might be fun to share this aspect with older children who could appreciate a quote within a quote, the way meaning builds and endures over time. There’s probably a comparison to be made with what gets amplified on social media, for good or for ill. What’s being said? What does it mean to adds a layer? Worth wondering whether a retweet sets anyone free.

It appears Luke the Evangelist loved this proclamation, too. Clearly he found the idea of Jesus drawing on the passage from Isaiah a worthy way to orient his own writing about Jesus. Like every person whose oral storytelling or writing or compiling contributed to the gift that is our holy scriptures, Luke would have had a particular experience of God and God’s community that he wanted to convey.

We know a little bit about who Luke the Evangelist might have been, but it’s in pieces that don’t all fit together. He is credited with the gospel named for him and its sequel (if you will), the Acts of the Apostles. Sometimes the pair of writings are referred to together as Luke-Acts. The vocabulary employed throughout both these works along with use at times of a formal writing style show a person of some learning.

Tradition based on ideas within Luke-Acts and elsewhere in the New Testament help us think about Luke the Evangelist as a physician and perhaps even a companion of Paul (Col. 4:14), but that doesn’t fully square with other evidence. He doesn’t mention Paul’s letter writing in Acts, and clearly draws on Mark and other written sources to compose the gospel. The gospel writer was likely a Gentile Christian, yet with plenty of familiarity with Judaism.

Did I mention he painted? Later tradition also holds that Luke was an artist, painting a portrait of Mary, mother of Jesus. The venerated Polish icon known as the Black Madonna has a longstanding legend tracing its origin to the evangelist who is said to have painted these holy ones on a table top from their household kitchen. 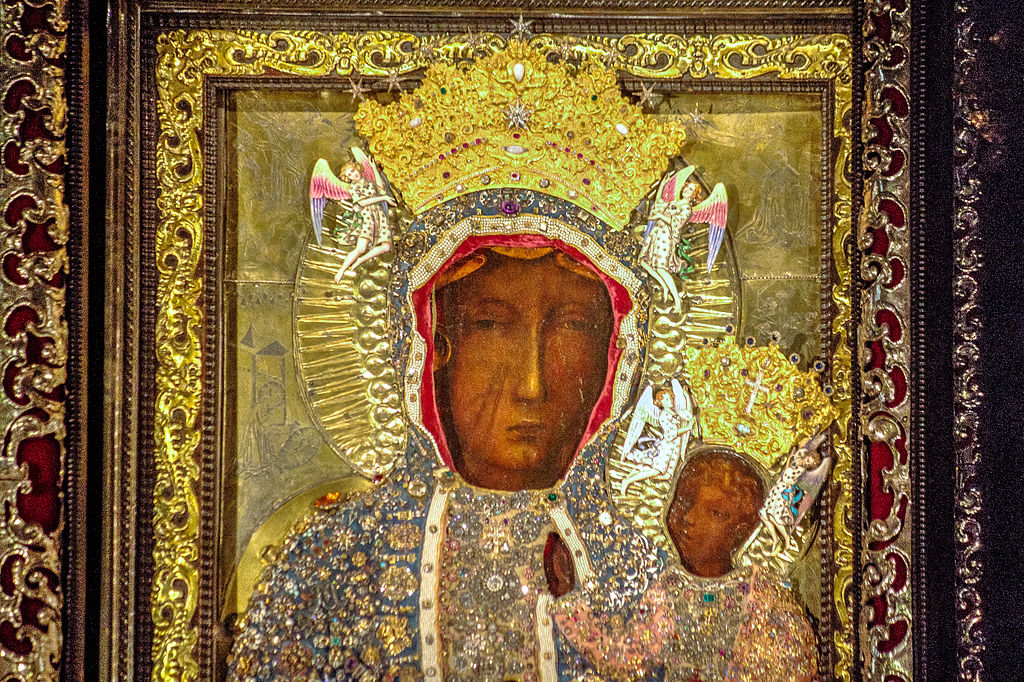 So Luke the Evangelist is like the rest of us in this regard: he is known through a hodgepodge of gifts and contributions, rumors and misunderstandings, meant-to’s, should-have’s, and probably didn’t’s.

If the last 19 months have been confusing and disorienting for you, it’s possible you’re feeling the drag of those meant-to’s in your own life. Some things we shored up, let blossom, learned to bake; other things washed away, wilted, came from the microwave. We’ve misunderstood neighbors while they’ve gotten us all wrong too. People we love, we see no longer. We postponed and then stopped planning and then started planning again and then unplanning and rethinking and rescheduling and holding lightly but also freaking out inwardly and sometimes not as inwardly as we meant to.

It turns out I really need
what Luke liked
that Jesus taught
that Isaiah proclaimed
that God promises release, recovery, and freedom. 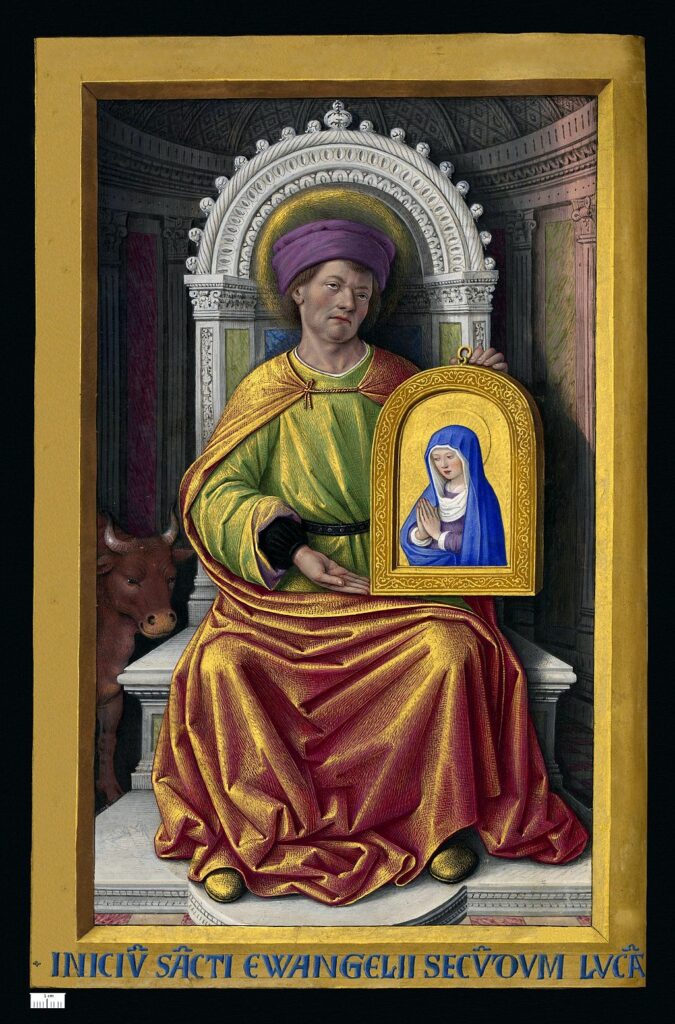 Luke the Evangelist wanted to share with his community the good news as he understood it. Jesus, he proclaims, comes to us as the embodiment of God’s saving love, meant to set us free from the things that bind us, cause suffering and harm, and keep us from seeing one another in charity and truth. That proclamation has endured because people keep discovering it to be reliably true, and worth saying again in new times and places.

Good news is my favorite. Can’t wait to hear it again.