An American friend recently introduced me to Ted Lasso — a comedy series about an American football coach who is brought over to the UK to take over an English soccer team. In one episode, whilst getting to grips with this new game and country Ted exasperates, “How many countries are there in this country?!”  As a Brit this made me laugh out loud as, for such a small bunch of islands, the sovereignty is certainly complicated and even I had to look it up!

The United Kingdom of Great Britain and Northern Ireland is a political union between England, Wales, Scotland and Northern Ireland. We have one monarch, but each is also a country in its own right. Reaching this point has involved hundreds of years of battles, succession, negotiation, marriage, divorce, corruption, civil war, and exile. You can see the markings of this in the castles of our landscapes (more than 600 just in Wales).There have been many Kings and some Queens but whether we like it or not we are now united, under our one Queen, Elizabeth II.

I am a product of this rich and complicated history. Half my family is Scottish, the other half English.

I have married into an Irish family. Although I was born and grew up in England I identify as British but how important is this identity in my day to day life and should it matter?

Today we celebrate the lesser feast of Saint Margaret of Scotland. An Anglo-Saxon (English) Princess, her father had rights to the English Crown and her mother was a Hungarian Princess.  She was born in Hungary around 1045 after her father Edward the Exile fled due to his defeat by King Cnut. It was when her father was invited to return to England as the successor of the childless King Edward the Confessor that Margaret first came to these shores. Her father died soon after arriving and Margaret’s brother was considered a successor to the English throne, but when William the Conqueror invaded from France in 1066 the family fled north to Northumbria. They attempted a return to the continent, but then shipwrecked off the coast of Scotland in 1068. King Malcolm III of Scotland offered them refuge.

Margaret went on to marry Malcolm and became Queen of Scotland. She is best known for her reforms of the Scottish church, bringing what she considered to be “loose” Christian practices in line with the strict practices of Rome. Margaret was very pious in her prayers and devotional reading; she also lived her faith in actions, serving orphans and the poor. When Malcolm was killed in battle against the English, Margaret died a few months later of a broken heart.

My Scottish family are very dear to me and have almost always lived in and around Perthshire. However, when my grandfather remarried his distant cousin, he moved to a town just outside of Dunfermline across the great Forth Road Bridge from Edinburgh. I became acquainted with Saint Margaret of Scotland when visiting Dunfermline Abbey where she had invited a Benedictine order to be established. She was later buried there herself for a time. Margaret is also the namesake of North and South Queensferry on account of establishing a ferry across the Firth of Forth to help pilgrims on their journey to St. Andrews in Fife.

Margaret was born an Anglo-Saxon Princess and died a Scottish Queen. Yet her sainthood came from her love and care for the pilgrims and poor, not her royal identity or lineage. It was these Christlike actions, not whether she identified as Scottish or English or Hungarian that mattered. 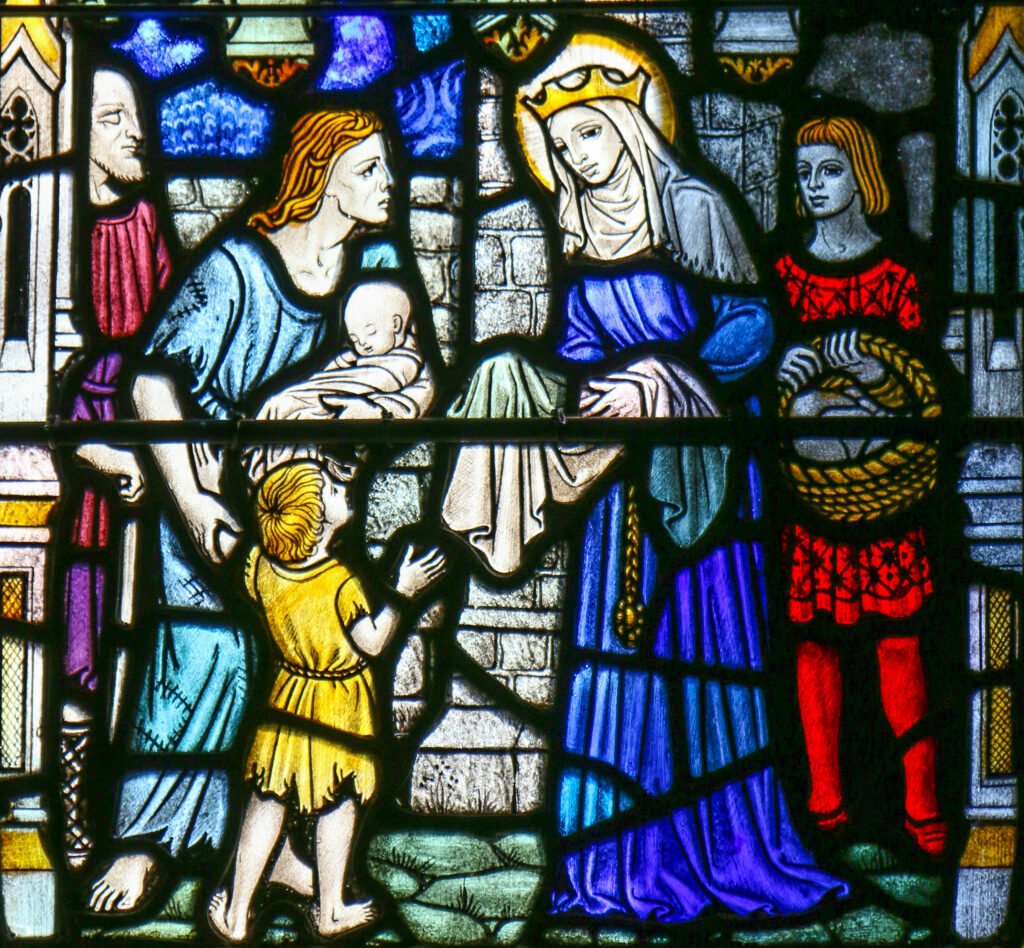 As Christians, we are charged by God to build the Kingdom of Heaven on earth and we can start now, in whatever land we are in, whether we are here through birth, marriage, accident or choice, regardless of our identity.

Nationalism is on the rise within our small British islands and through our “Splendid Isolation” we have recently separated ourselves from Europe. We have strict immigration laws and limit the number and types of refugees we allow to settle on our shores. But as when Malcolm welcomed Margaret and her family to Scotland, if we welcome those in exile, if we give them shelter, food, education, opportunity, regardless of their ethnicity or lineage, we can help them flourish so that they too can become the people God intended them to be; they too can become part of building the Kingdom of Heaven on earth.

As the writer of Hebrews reminds us: “Do not forget to show hospitality to strangers, for by so doing some people have shown hospitality to angels without knowing it” (Hebrews, 13:2).

And some of those “angels,” like Margaret, become Saints.