To remember Cornelius is to celebrate courage persevering through prejudice and how God’s love can overcome our blindness. If there is anything we must model for our children in their formation, this has to be one of them.

My wife and I had moved back to our hometown and were looking for a place to rent. A man in town had shown us his rental property, an older three-bedroom house. It wasn’t great, but we liked the location and the reasonable price. After showing us around, he asked us what we thought. We told him we would like to take it. Breathing a sigh of relief, he said, “Good. Because I’d already told another family they could have it, but he’s black and the woman’s white and they have several children. I’m just not comfortable with that.”

A lot of things went through my mind after we told him we weren’t interested. I thought about the other family who was told they found a home where they could live, only to have the owner attempt to give it to someone else because he wasn’t “comfortable with that.” He wasn’t comfortable with who this family was. Something about them was inherently wrong.

Cornelius was a Gentile and he faced a deep-seated prejudice that is sustained through much of the Bible. Throughout scripture, Gentiles are viewed as less than. They are idol worshipers who have no control over their desires and no morals, and  are viewed as the lowest of the low. See Galatians 2:15, 1 Corinthians 5:1, and 1 Thessalonians for a few examples. But even through all of this, Cornelius sought the God of Israel.

Cornelius was devoted to Israel’s God and was a God-fearer: a Gentile who worshiped the true God. To make a long story short (check it out in Acts 10), an angel showed up during Cornelius’ prayer time and told him to send for Peter. Peter was also told by the Holy Spirit to go to Cornelius’ house, and when he arrives, he says to Cornelius, “You yourselves know that it is unlawful for a Jew to associate with or to visit a Gentile; but God has shown me that I should not call anyone profane or unclean.” Here Peter acknowledges his own prejudice that Gentiles were unclean and profane. The love of God pushes him beyond what he’s comfortable with, pushes him beyond what he has grown up and lived by when it comes to how he thinks of certain people. 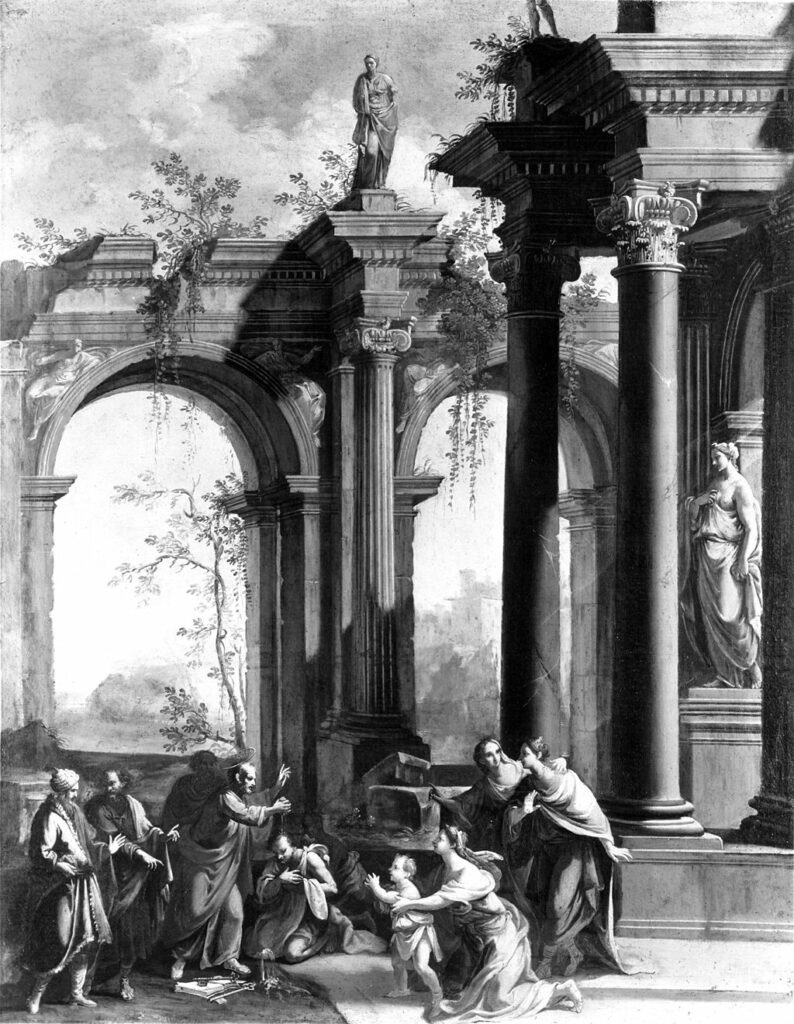 Cornelius was faithful and devout. His prayer and alms have been seen by God and his way of life is known to many. Although not fully acknowledged by his spiritual community, he persevered in living out his identity despite the ways he may have been minimized by others. And Peter, to his credit, was struggling through a huge paradigm shift in what he knew about God, the world, and peoples’ place in it. Whatever constraints he had put up, God’s love and good news was pushing past them and transforming them.

“While Peter was still speaking, the Holy Spirit fell upon all who heard the word. The circumcised believers who had come with Peter were astounded that the gift of the Holy Spirit had been poured out even on the Gentiles, for they heard them speaking in tongues and extolling God. Then Peter said, ‘Can anyone withhold the water for baptizing these people who have received the Holy Spirit just as we have?’ So he ordered them to be baptized in the name of Jesus Christ.” —Acts 10:44-48

Think about what a profound experience this must have been for Cornelius’ family for this to happen in their home. The faithful Gentile military officer, his family, faithful Jews, and Saint Peter all had their worlds forever changed as God’s love pushed past their barriers and changed what was comfortable in their lives.

What does hospitality and welcome look like in our homes as it is reflected in the eyes of our children? What about our houses of worship?

A good resource I’d recommend around this topic for the young children in your life is God’s Dream by Archbishop Desmond Tutu and Douglas Carlton Abrams. It is a beautiful children’s book that shows what the love of God looks like as it brings different people together.

O God, who by your Spirit called Cornelius the Centurion to be the first Christian among the Gentiles: Grant to your church such a ready will to go where you send and to do what you command that the prejudices that blind us might cease, and that we might welcome all who turn to you in love; through Jesus Christ our Lord, who lives and reigns with you and the Holy Spirit, one God, for ever and ever. Amen.