Listen, I’m not saying I once elevated a communion wafer with a robot arm. That would have been Inappropriate. People would be rightly concerned that such irreverence would cause Jesus to jump out of that wafer as fast as he jumped in. Or that he would have an allergic reaction to the claw’s rubber pads, and by the transitive property of metaphysical anaphylaxis transmit the reaction to the unwitting faithful.

But if I were to say I had once elevated a host with a robot arm, I would also say that I did it during science fair week at an elementary school, while explaining that faith and science can happily coexist. Just like Nicolaus Copernicus and Johannes Kepler, evidently, who are commemorated in the Episcopal Church on May 23rd. We can read about them in A Great Cloud of Witnesses, a Dostoyevskian tome of commemorations that replaced the much more compact and manageable Lesser Feasts and Fasts. It’s a kind of Hitchhiker’s Guide to People Episcopalians Think are Interesting, and Copernicus and Kepler are there, in between John Eliot (missionary) and Jackson Kemper (missionary bishop).

As you may recall from 5th grade, Copernicus proposed the idea that planets revolve around the sun (heliocentrism), and Kepler figured out that planetary orbits are elliptical instead of circular. And since it was the 16thcentury, Kepler saw theological implications in the science. He noticed that there is a 16:15 ratio between the Earth’s fastest and slowest speeds in its orbit.

And as we all know, 16:15 is also the ratio between the frequencies of the musical notes mi (a name you call yourself) and fa (a long, long way to run). And mi and fa are the first letters of the words misery and famine [1], so it’s no surprise that the Earth is plagued by such woes [2]. Now would be a good time to rewatch this clip from Monty Python and the Holy Grail.

I don’t think we should be too hard on Kepler. In his time, what we call science and religion were both just called knowledge. You’d throw all your information in a pot, mix it up, and see what came out. Things are different now. We’ve defined science and religion into separate realms, and greatly reduced our medicinal use of leeches.

The German theologian Paul Tillich argues in his classic work Dynamics of Faith that “scientific truth and the truth of faith do not belong to the same dimension of meaning.” They don’t get to tell each other what to do. Science can’t tell religion that because God’s existence cannot be proven in a laboratory, God does not exist; and religion can’t tell science that the Large Hadron Collider is unnecessary because there are tiny invisible elves holding together all the molecules in the universe [3].

I’m not a Keplerian; I don’t believe there’s a connection between music theory and astronomy that explains why famines happen. But I’m also not on board with Tillich in his complete separation of faith and science. Like a good little Episcopalian, I think there’s something better in the middle. I won’t call it the via media – I reserve that term for confirmation classes and conflict avoidance – but I think science has some helpful things to say to faith. 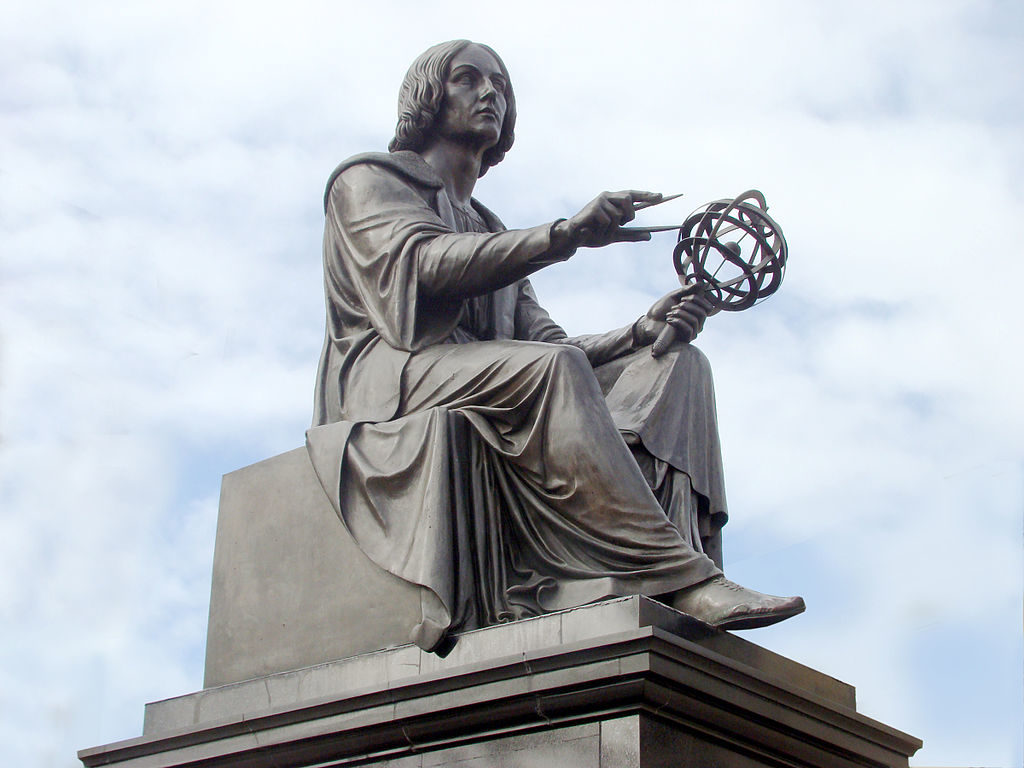 The Episcopal Church’s baptism service includes a prayer asking God to give “the gift of joy and wonder in all your works” to the newly baptized. Let’s consider one of those works: gravity. Think of the ninemonth-old child who drops her spoon on the floor again and again. She might be saying “I hate these beets!” [4]. But more likely she’s saying “Did you see that? It happened again! I let go and it totally flew away!”

The curvature of space-time that draws the spoon and the floor together is relevant to science, of course. But it’s also relevant to faith. The fact that the curvature of space-time is built into the universe should fill us with joy and wonder at the richness and complexity of what God has made. I don’t mean that gravity is proof of God’s existence, but it’s a good example of God’s coolness.

I try to cultivate that joy and wonder in my kids. When they ask me to answer their wild questions, I try to start by asking them what they think. If their first response has a touch of Keplerian madness, that’s okay. I try to postpone the Checking Of The Phone that puts too easy an end to the discussion. I want them to puzzle it through and come face to face with the sheer bigness, or smallness, or unpredictability, or perfect logic of science. I want the fact that God made it that way to dazzle them with joy and wonder.

I think the sight of a robot arm holding up a communion wafer could actually be a decent reminder that God is at work in all things, and that science can enrich faith. I would be kind of psyched that I came up with the idea, honestly. If I had. Which I’m not saying [5].

Endnotes
1: The fact that the first two letters are the same in Latin and English makes the argument doubly convincing.
2: This paragraph is in large part boosted from this article by Paul Sutter on space.com.
3. Spoiler alert!
4. Don’t trust any food stays the same color all the way through the body.
5. Does it help if it wasn’t consecrated?