Today the Episcopal Church commemorates the life and witness of Emily Malbone Morgan. Born in Hartford, Connecticut in 1862, Emily’s family were prominent in Hartford society. With a business-oriented father and very devoutly religious mother, Emily grew up with four brothers, one of whom died at the age of twelve, and began to echo her mother’s religious inclinations.

Because of her family’s connections, Emily found herself with a plethora of ‘summer homes’ in the New England area. She organized with local groups for these houses to be places of retreat and respite, especially for women working locally in the mills. During their stay, the women (and often their children) would find quiet hospitality, community, worship services, and space to refresh themselves.

However, Emily Morgan’s ministry is best known by her formation of the Society for Companions of the Holy Cross in 1884. Inspired by a friendship with Adelyn Howard, who was homebound due to a hip disease, she sought a way for Adelyn and others to form a community of prayer, companionship, intercession and even action.

In 1901, they purchased a plot in Byfield, MA (incidentally, down the street from my own parish), and after its renovation in 1915, they called it Adelynrood, named after their friend, who had died a few years before. It became, and remains, a retreat center and gathering space for the Companions, now numbering over 800 worldwide. These women, both lay and ordained, of all ages, covenant to practice intercessory prayer and thanksgiving throughout the day. They live with simplicity and focus on social justice, reconciliation, and the needs of the world. Adelynrood itself is a place of nooks and crannies, of quiet, of open spaces, of labyrinth and chapel and grass and trees, and most importantly, good food.

Imagine one’s greatest desire being to make tired people feel rested, happy, connected and prayed for. Imagine being at the receiving end of that love.

A constant joke among parents and caregivers is exhaustion and the ongoing quest for coffee and naps. But as I delved deeper into Emily Morgan’s life, I began to feel gratitude for all the moments of respite in this life—not only as a parent to children—when I was at the receiving end of someone wishing to offer me rest and respite. 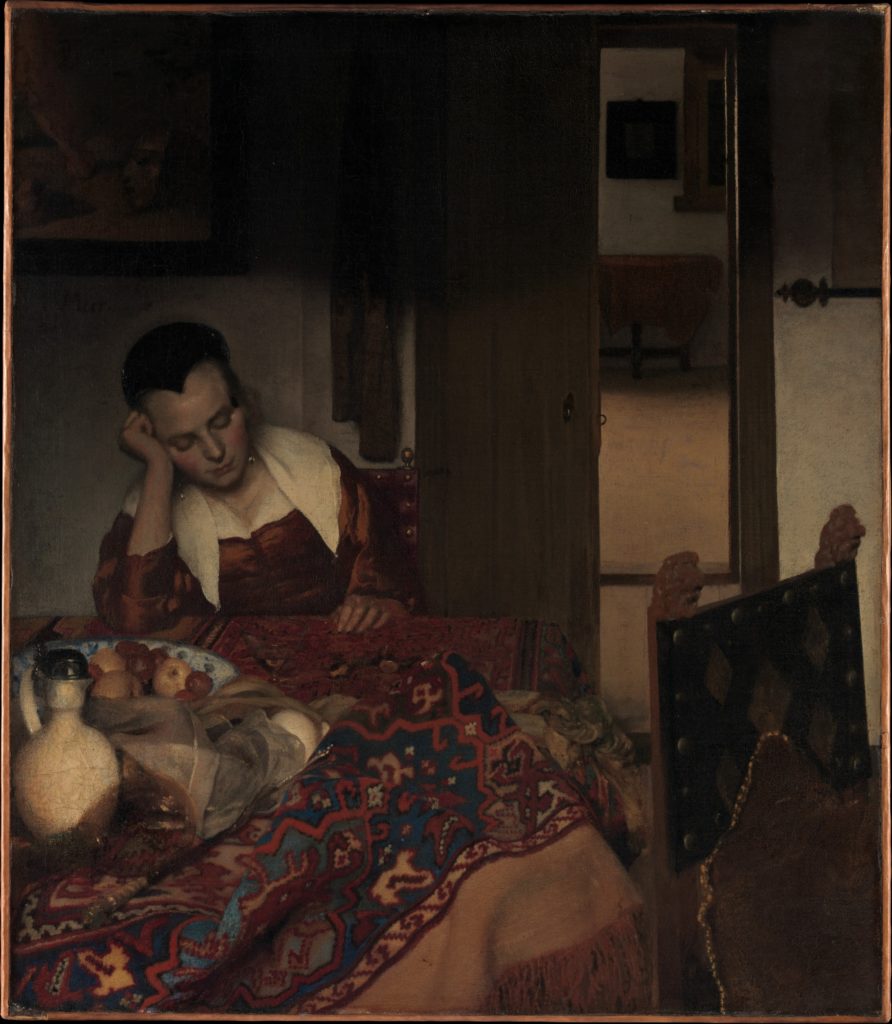 When I was a college kid and my final exam was the last one scheduled, my godmother let me stay at her house to eat, study, and sleep for two days, so that I wouldn’t have to worry about the noise in the dorms of all the students celebrating summer break.

When I was at seminary and feeling the financial pinch, one of my sponsoring clergy (and now, friend), sent me a check to ‘spend on something stupid’ which would rejuvenate me and take a bit of the stress off.

When I was suffering a broken heart, my best friend found a way to get me to the airport, get me to her house, and give me a guest room, box of tissues, and her full attention and love.

When I was a new parent, it was the gift of someone coming over and not caring how long I spent in the shower—they had an eye on the baby (and usually a load of laundry or gift of pie to boot).

When I untowardly fell asleep on a couch during a colleague group meeting in someone’s living room after a long series of sleepless nights thanks to our children, a blanket was procured, and voices hushed as they continued the agenda and let me sleep.

When I was in semi-crisis following our son’s birth diagnosis of Down syndrome, it was the friend who arranged an informal meeting with another local parent of a child with Down syndrome, and held my baby and kept me full of breakfast sandwiches (yes, plural) and decaf coffee while the other parent and I talked and talked and talked.

When we started to juggle two children at church (and only one parent to watch both), it was the many arms, hands, laps, passed crayons, walks outside, potty trips that kept us showing up so that we could each say our prayers to God in the midst of our community. And it was that community who prayed for ‘Jack and his family’ (our son) for two years following his birth, never once bringing my attention to it, just quietly inviting God’s presence and love to come over us a bit more clearly.

I am more used to making space for others and welcoming them, than I am others caring for my body, mind and soul. But that, right there, is the gift—and the ministry of accepting that gift, of acknowledging our inability to ‘do it all’ alone is part of our faithfulness as well. When we imagine that we can do it all and not find ourselves depleted, we replace God with our own bullheadedness (I do speak for my own self here).

What a grace it is to be at the receiving end of prayer, when most often you are the intercessor. To be given space to find that you are not immortal and invincible, but rather flesh and blood. To recall, with great and utter thanks, all the tiny ways others have made space for you to become *you* once again. And to know that for many, it is a joy to create and offer such spaces.

Who has offered you respite?

When has someone prayed for you?