Now there was a man named Joseph, from the Jewish town of Arimathea. He was a member of the council, a good and righteous man. —Luke 23:50

August 1st is the day the church remembers Joseph of Arimathea. He is mentioned in all four gospels, but they only tell of one deed. Joseph, who Luke tells us is a good and righteous man, had courage to go to Pilate and ask for Jesus’ body. He bought a linen shroud and wrapped him before laying him into a tomb that had been cut out of a rock. Mark tells us that Joseph was seeking the Kingdom of God, and through his actions and faith we see that with courage he had found it. It was an active seeking of the Kingdom, one that called him to give up something of great value and use (though I do wonder if he did end up using that empty tomb for his gift was returned to him at the resurrection.)

Now, we could stop with that retelling of what Joseph did, for there is certainly much inspiration to be gleaned from his one true, simple, yet grand act of devotion. But some of the fun of Saint Joseph of Arimathea are the legends that grew up around him. He is known in Arthurian legend as the first keeper of the Holy Grail. Robert de Boron first wrote the story of how Joseph is imprisoned and the Holy Grail sustains him. After he gains his freedom, he takes the Grail, a group of followers, and various relics they collect along the way to Britain. And while this is all quite historically suspect, it makes for a delightful tale and was woven into much of the Arthurian legend.

The legends expand to tell of how he brought the good news of Christ to Britain. One day he arrived in Glastonbury and stuck his staff, which had been cut from the same tree that the thorns for Jesus’ crown were taken, into the ground. If you are familiar with saint stories, you might guess what happened next, it flowered and grew into a Hawthorn tree. The Glastonbury thorn is unique as it flowers twice a year (winter and spring) instead of once like most Hawthorn trees. 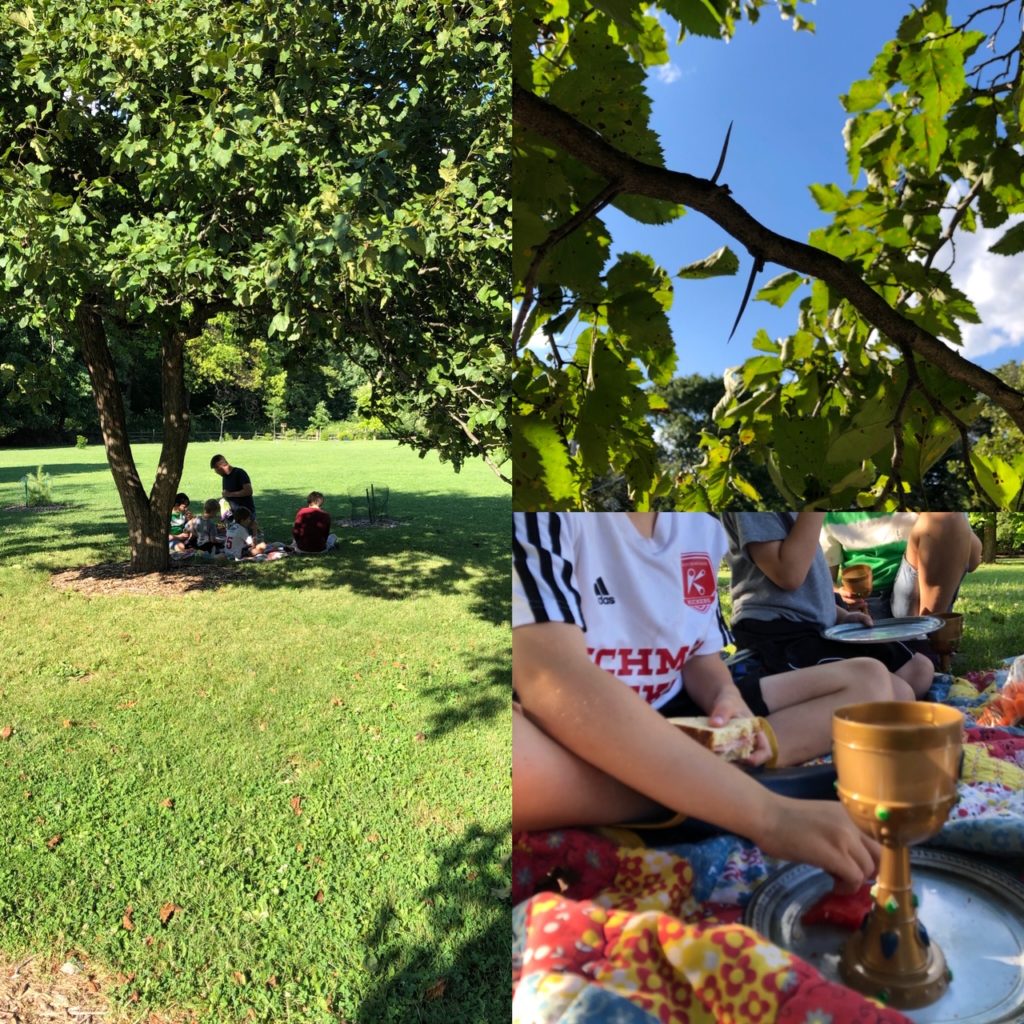 Picnicking with “Holy Grails” under a Hawthorn tree.

So today, enjoy celebrating Joseph of Arimathea, first by remembering his generous and courageous heart, then delighting in the tales. Drinking from goblets to remind you of the grail or picnicking under a Hawthorn tree are delightful ways to celebrate. British food and drink can be a happy remembrance as well.