Phoebe is named specifically in the first verse of the 16th Chapter of Romans:

I commend to you our sister Phoebe, a deacon of the church at Cenchreae,  so that you may welcome her in the Lord as is fitting for the saints, and help her in whatever she may require from you, for she has been a benefactor of many and of myself as well.

For Phoebe, as for many biblical women, we are left to construct and imagine with the barest of scraps of insight. My NRSV has a footnote that says the Greek word used there may also be translated “minister.” What was her role, really? Was she a fully-respected diakonos, a deacon recognized for her leadership and set apart for service?  Did she have power and authority beyond the limits to which her gender ordinarily would have confined her? If things were different, would there have been a biblical Epistle of Phoebe? Paul says she has been a benefactor—what would have been impossible without her? Who was she, really, and what does her life mean to us today?

As a contemporary ordained woman, I’m caught between twin impulses: lamenting how little we actually know about this ancestor in ministry and celebrating how much she was able to do.  She was “a benefactor of many!” She helped Paul spread the Gospel! The text even seems like it might imply Phoebe herself delivered the letter to Rome by hand, since she’s the only one in a long list of references who is “commended” rather than simply greeted or had greetings sent on their behalf.

Somewhere between my frustration and longing is a real woman.

Somewhere is a woman who earned (or inherited) her own money, who came alive at the good news of God in Christ, who felt healing and grace beyond measure. A woman who found herself in giving of herself, who loved her community and her Lord.

God, too, is to be found between lament and celebration.

God, too, is found in the background of the texts of our lives: working the phone, sweeping the floor, bouncing a baby on a hip while stirring a pot or punching numbers into a spreadsheet. In these strange pandemic days of separateness and seclusion, I think the invitation from Phoebe’s feast day is to look for all the ways that God’s presence gets overlooked, all those who serve who don’t even get a sentence of mention. For every woman who was “commended” by the apostle (whatever that actually meant!), there were tens, hundreds, thousands who just got their work done. For every officially approved diakonos, there were legion who served, without titles or respect, just because they had something to give. 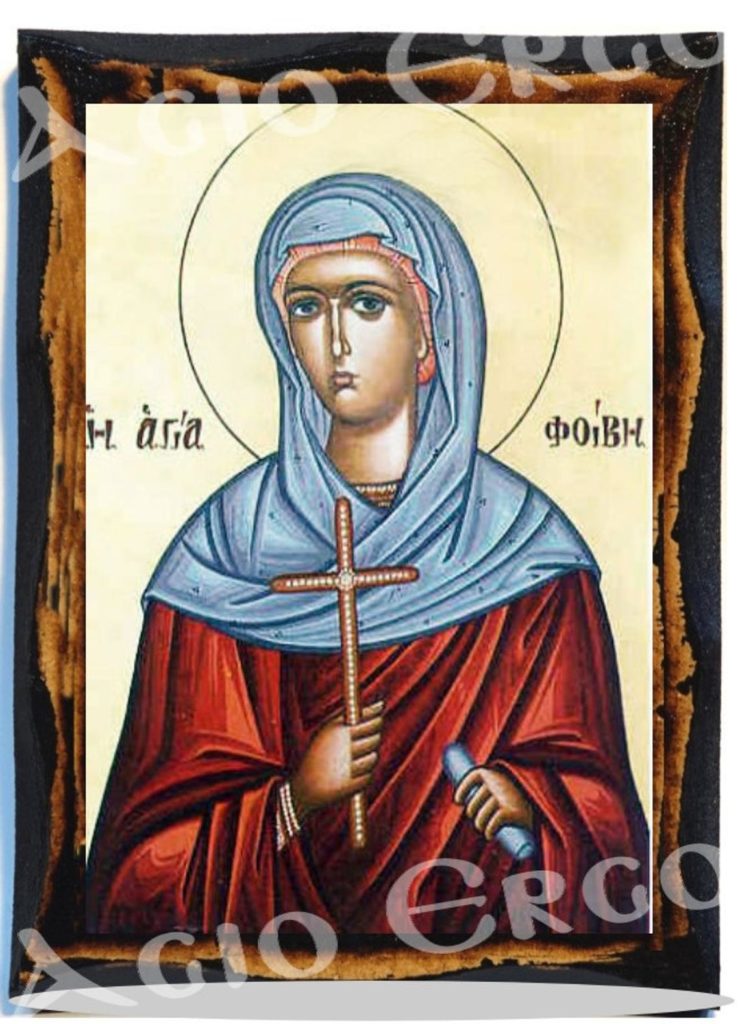 Saint Phoebe the Deacones by Dimos Kofidis. Used with permission from the artist.

I’m  grateful to serve in her church as a priest, and grateful to the generations of those before me who fought to make it possible for me to take this role. I’m even more grateful for the living God who animates the spiritual life of every person—no matter their gender identity, race, sexuality, wealth, or status—officially ordained or not—to share God’s love.

What people in the background have shaped your spiritual journey?