Imagine a hot Philadelphia day. Perhaps, an early Sunday morning in 1777, a year after the signing of the Declaration of Independence. Imagine a nervous 38-year-old priest walks down Market Street to Christ Church, hesitant about what he plans to do. He prayed long and hard about this day.

We also need to imagine the immensity of the priest’s stature in the life of Philadelphia. He is a popular figure — just as popular as Benjamin Franklin. At the church, the priest puts on his vestments. This proves to be an ordinary but historic Sunday. The service begins — the procession, the music, the readings — and now he sits in the sanctuary. He hesitates before ascending the pulpit. However, he won’t be remembered for the sermon. Sweat forms on his forehead and beads above his lips, he is about to demonstrate the courage and faith necessary for the formation of the young republic.

The Reverend William White opened the church register which included all the names of the members of the congregation, including King George III who by his authority as the Head of the Church of England was a member of each congregation throughout the world. Bishop William White, then Reverend White, took a pen, dipped it in an ink well, found King George’s name, and crossed it out. With one stroke of his pen, Bishop William White made the loudest statement of any Anglican priest in the colonies. He sided with the young founding fathers of our country to liberate the 13 colonies.

Sadly, Bishop William White’s legacy faded into the pages of history. Many people, even Episcopalians, know little of the man deemed as the architect of the Episcopal Church. Bishop William White was involved in many clerical and secular endeavors, especially activities to support marginalized people. For example, he started the Magdalen Society, which assisted young women to reclaim their lives after living life on the streets as prostitutes.[1] He served as chaplain to the Continental Congress and president of the Overbrook School for the Blind. He initiated a prison ministry. He founded The Episcopal Academy, which just graduated its 236th class. He also ordained Absalom Jones, the first African American priest in the Episcopal Church. 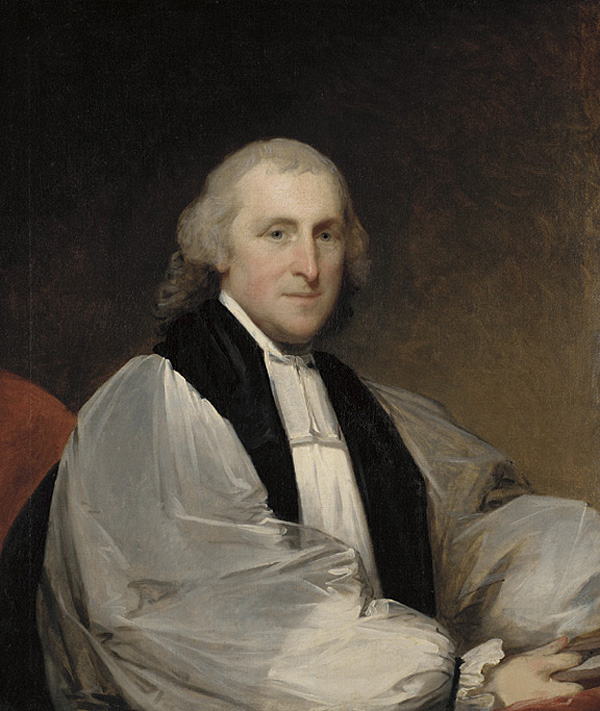 Given America’s current political climate, it may be timely to offer an insight to Bishop White’s gentle personality. Early in his career as a parish priest, he served with Reverend Coombe, the rector of Christ Church, and Reverend Duche. When the Declaration of Independence was ratified on July 4, Reverends White, Coombe, and Duche all pledged their allegiance to the cause of the colonies. In the summer of 1777, Reverends Coombe and Duche changed heart and returned to England. Nevertheless, William White retained his good will “and even affection of those with whom he differed.” In a letter written to Rev. Duche on November 29, 1777, we witness William White’s willingness to respect others who disagreed with him. White pens, “I could not let it pass without a line acquainting you that I am among the living, and that my affection for you has suffered no diminution by absence, or the difference of political opinions.”

After 1777, William White “had won widespread confidence in his integrity and judgment.” As a result, on April 15, 1779, the vestry of Christ Church and St. Peter’s Church elected William White as the rector. In an act of civility and respect, White accepted the position on the condition that after the war “[if] the former rector should return to this country, I shall esteem it my duty, and it will be my pleasure to resign [as rector]” to allow the former rector to return to the position.

In closing, Bishop White’s personality gave him the ability to stand between two extremes and hold everything together. His devotion to God inspired him to love people who held different views and political positions than he did. Perhaps, this is why he accomplished so much in his lifetime. A few more of his accomplishments: he was the first Episcopal Bishop of Pennsylvania as well as the first and fourth Presiding Bishop of the Episcopal Church; and he was one of two priests who remained in Philadelphia during the Yellow Fever epidemic of 1793. He also ensured that the Episcopal Church would remain in full communion with the Church of England. Simply put, Bishop William White respected the individual dignity of every human being.

[1] The Magdalen society was popular in Europe. Bishop William White started it in the United States. Today, the Reverend Becca Stevens, an Episcopal Priest, runs a Magdalene Society in Tennessee for women who have suffered from human trafficking, prostitution, and addiction.