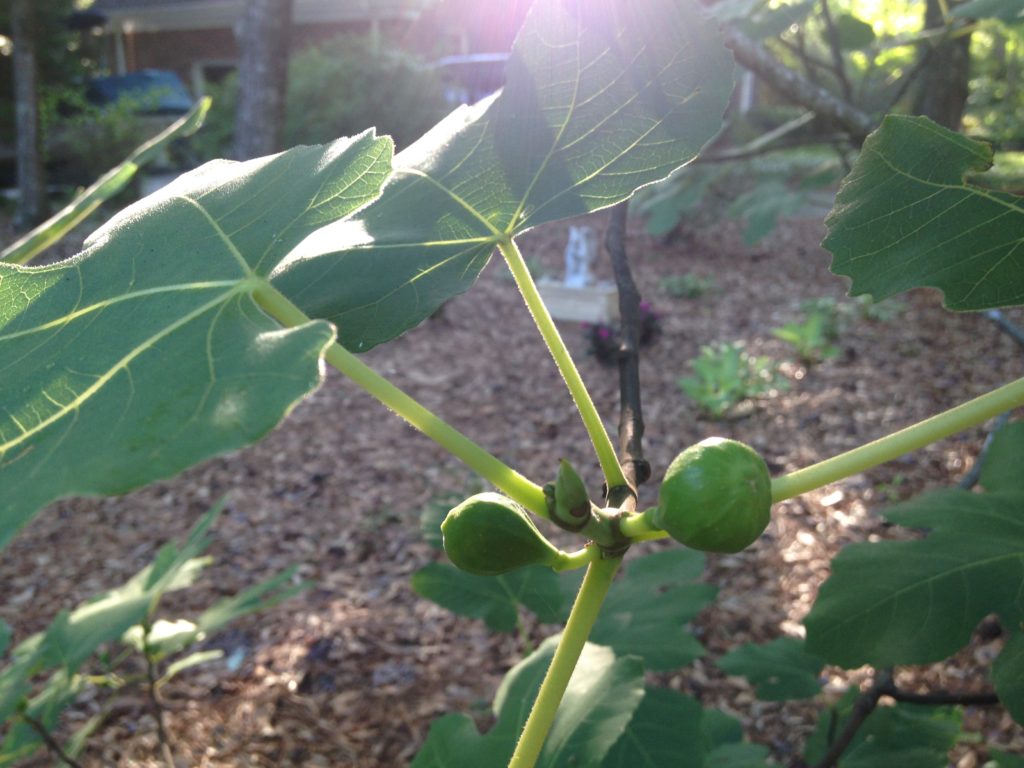 Young figs must have looked like this in the days of the first apostles also.

Saint Peter and Saint Paul, Apostles, were martyred in Rome in 64 CE. The Episcopal Church celebrates their sacrifice with a feast day on June 29. They are remembered as great teachers and fathers of the Christian Church.

Jesus called Simon, whose name he changed to Peter, to follow him, thereby setting the stage for Peter to learn as much about himself as he did about God. Among the many things Peter learned is that fear can make people do things they’ll later regret. How bitterly he wept when he realized that he had indeed, just as Jesus predicted, denied knowing him three times.

Later, after the risen Jesus appeared on the shoreline and shared breakfast with several apostles, he questioned Peter. John’s Gospel doesn’t describe how Peter felt when he understood that Jesus held him accountable for his betrayal and allowed him to make amends, but we can imagine. With each declaration of Peter’s love, Jesus gave him an assignment and then indicated that Peter would later die for him. This incident cleansed Peter’s heart and fortified him for his future works.

Saint Paul, earlier known as Saul, was a well-educated Roman citizen from a strict Jewish sect. He approved of and witnessed the stoning death of St. Stephen, the first Martyr of the Christian Church. He became a brutal persecutor of what he believed to be a band of heretics.

Why was he so brutal? As Saul walked along the road to Damascus, Jesus called down from Heaven in a flash of blinding light and asked him this same question: “Saul, Saul, why do you persecute me?” He asked, “Who are you, Lord?” The reply came, “I am Jesus, whom you are persecuting. But get up and enter the city, and you will be told what you are to do” (Acts 9:4-6).

Saul endured three days without eyesight, food, or drink in a house where he was watched over. Then a disciple arrived,

He laid his hands on Saul and said, “Brother Saul, the Lord Jesus, who appeared to you on your way here, has sent me so that you may regain your sight and be filled with the Holy Spirit.” And immediately something like scales fell from his eyes, and his sight was restored. Then he got up and was baptized, and after taking some food, he regained his strength.   —Acts 9:17-19

Saul/Paul set out to preach, convert, and establish new Christian churches throughout the land. The story of Paul’s works in Acts, as well as in his own writings, especially Galatians, has served as a sort of Christian code based on the teachings of Jesus Christ.

I’m fascinated by the way Jesus handled the sins of these two men. He forgave, through accountability, the one who acted in fear but with a pure heart. He healed with clear sight the one with the misguided understanding of his purpose. The forgiveness of Peter gives us hope that in confession we are forgiven, and the conversion of Paul gives us hope that prayer and communication can open the eyes of those who have lost their way in the dark.

Peter and Paul worked together along with other apostles. Paul remained a stickler to the Christian code of behavior. For example, he believed that Jesus taught that the apostles should eat with the Gentiles whom they were converting, and not follow strict Jewish laws about ritual cleanliness. Even though Peter had a vision showing him this same teaching, (Acts 10), he and Barnabas were rather easily swayed to follow the custom of the community in which they were staying. Paul lectured them and wrote a great rant about the incident in Galatians 2:13-21.

Peter then left for Rome, where he’s remembered as the first pope, and Paul prepared to travel with Barnabas to visit all the Christian communities they had established together. But when Barnabas said he wanted to take Mark with them, Paul had had enough and refused to allow someone who had earlier abandoned their mission to now join them. So they broke up and set out on different journeys.

And yet. As you may remember, Barnabas, Peter, and Paul all influenced the young apostle, Mark. First Barnabas encouraged him along his journey, next Peter taught him everything he knew about Jesus’s three-year ministry, and then Paul accepted Mark back into his circle, praised his work and gave him the space to write his Gospel based on Peter’s teachings. Despite their differences, Barnabas, Peter, and Paul were able to focus on the important work of growing Christians.

We can do that, too.

And when we break bread together, we can enjoy this appetizer made with first-century Roman ingredients. 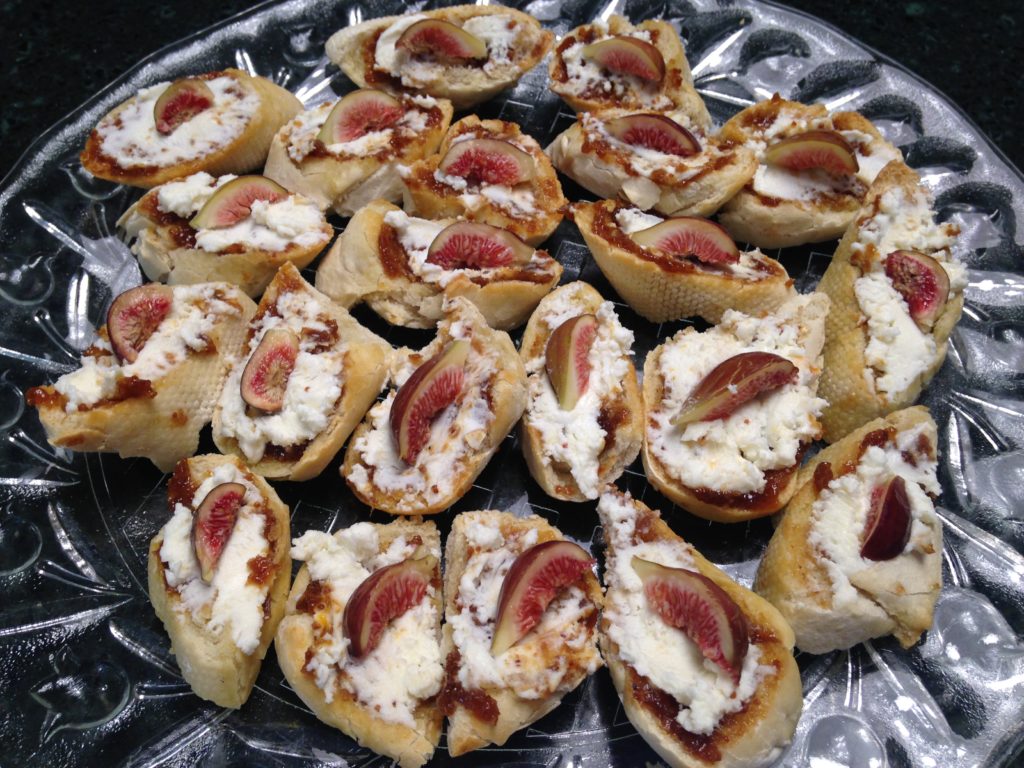 Any kind of bread slices
Perhaps cream cheese for the young palate
Grape jelly
A large apple, sliced (Fresh figs are seasonal and may be unavailable. Apples are a great swap because early Romans loved apples and propagated them throughout their empire.)

3. Carefully spread jam on top of the cheese.

4. Set a sliced piece of fruit on top of each and serve as a snack or appetizer.

How might you celebrate the feast of these two great saints of the church?

[Editor’s Note: This post first appeared on Grow Christians in 2016.]